Last Wednesday I went to Amsterdam. Yes dear, again! For the third time since the Friday before. I had an appointment to interview a lawyer there at 13.30. Learning from my past mistake, I decided to depart early from The Hague… and to bring my Museumkaart.

Since I had three hours before the appointment, I went to the Amsterdam History Museum. Its permanent exhibition was labelled as “Amsterdam DNA,” promoting the city as where spirit of enterprise, creativity, civic values and freedom are what count. 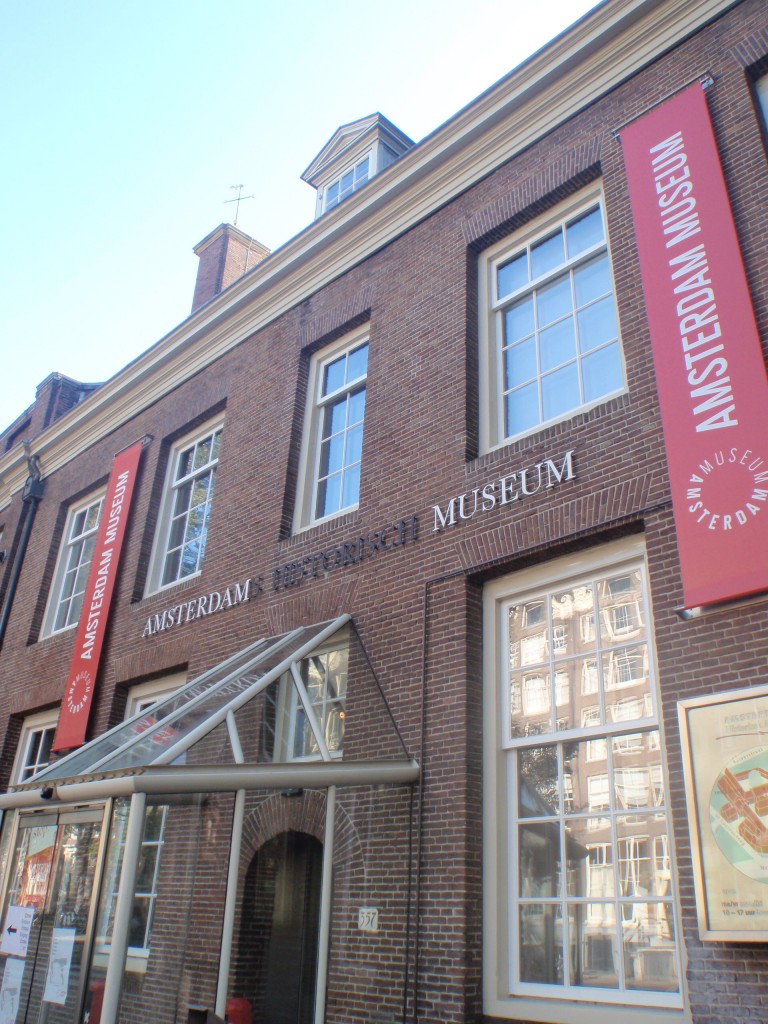 The facade of the Amsterdam History Museum

I really like the way the expo was planned and laid out — it’s definitely not a usual museum which rely on its precious, classic, old collections. The Amsterdam DNA is a state-of-the art multimedia show, serving interesting artefacts by putting them in a well-thought interactive displays and tools.

At the beginning of the exhibition, visitors pick up a A5-sized guide book with a certain language — they can choose between Dutch, English, Spanish, Russian, and Japanese. At the back of the book, a unique QR-code sticker is attached. 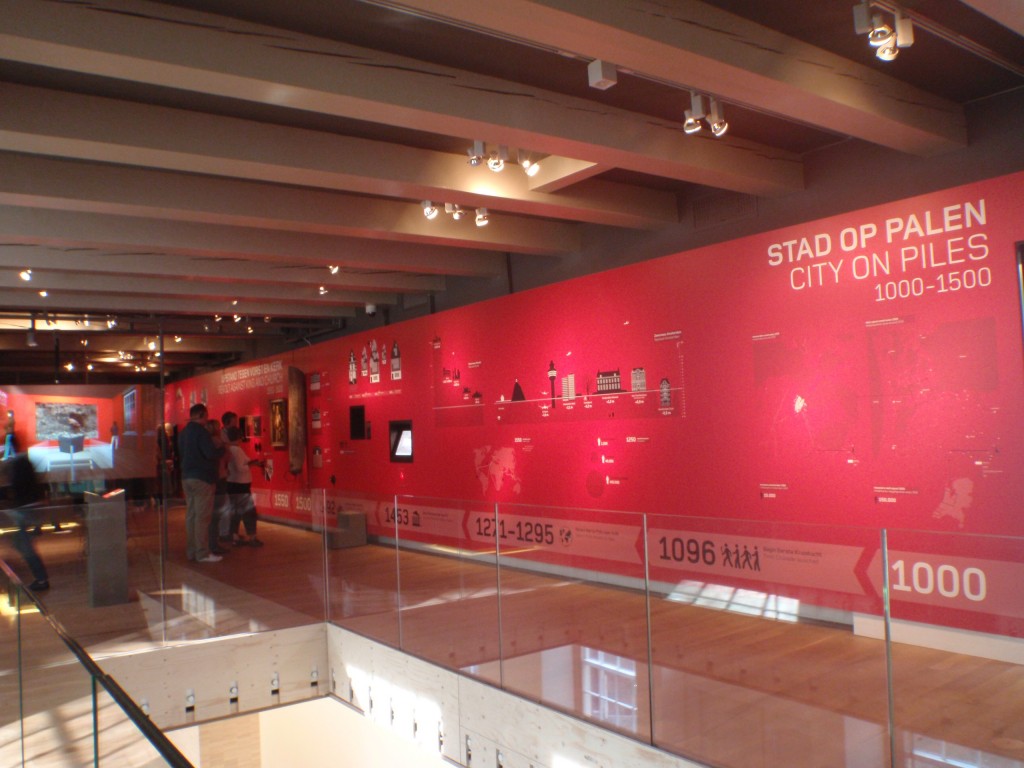 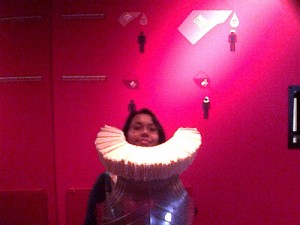 I'm too short and there's no stool to stand on.. *sigh*

Visitors then use the QR-code (called the DNA-code throughout the exhibition) to activate video introductions in each of seven sections of it, to choose their own “Amsterdam-DNA”, as well as to take picture of them with a medieval metal armour and stiff collars. By the way, the pictures are uploaded into Amsterdam DNA’s Flickr account, in which visitors can search theirs by typing their QR-code numbers.

The whole expo is really interesting, and everything can be photographed although without the flash. I would give them five stars out of five.. if it’s not for the lack of information on what the Dutch did when they colonized Indonesia. (although they have a curious exhibit from Indonesia: a pair of elephant tusks given by Tjong A Fie to a Dutch mesteer.) So it’s only four out five stars instead.

Here are some pictures I got from the Museum: 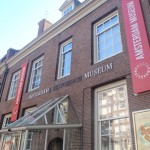 The facade of the Amsterdam History Museum 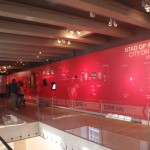 Your guide book, with a DNA-code sticker behind it. 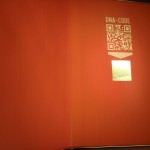 Put your guide book on it, the scanner will recognize your “DNA-code” and plays the video.. 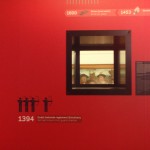 You’re cordially invited to peep the paintings in the civic gallery. 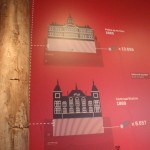 Piles to keep the city alive. 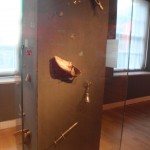 These are what they found inside Amsterdam soil during excavations. 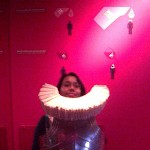 I’m too short and there’s no stool to stand on.. *sigh* 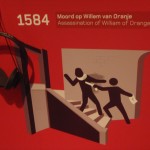 Before the Oranjes were on the thrones. 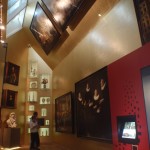 Portraits of the wealthy burghers, the rulers of Amsterdam. 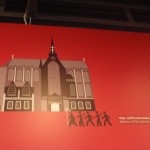 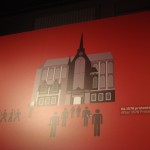 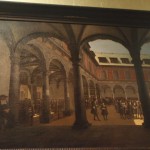 A nice day in Amsterdam’s market in the 17th century, where everything could be traded. 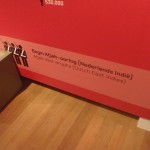 A bit about Aceh. 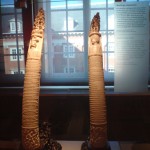 A pair of magnificent elephant tusks (1919), given by a wealthy Chinese merchant-cum-officer in Sumatra, Tjong A Fie, for the minister of colonial affairs, Jacob Cremer, and his wife. 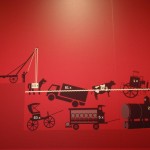 A particular Dutch invented a device to salvage things drowned in Amsterdam’s canal in the early 20th century. These are what he salvaged. 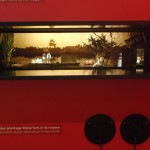 An interesting display of daily life in a sugar plant in Suriname, a Dutch colony from the 19th century until 1975. 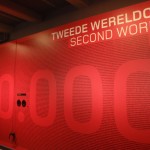 60 thousand Dutch citizens died during the World War II. Right after they were freed from the German, they sent troops to re-colonise Indonesia. 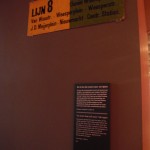 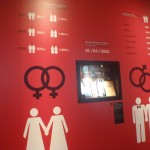 Proud to be the first city in the first country of the world to legalize same-sex marriage. 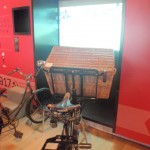 The national transportation of The Netherlands: bike. 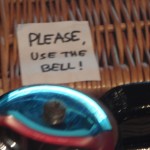 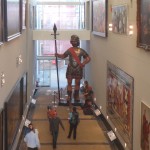 The civic gallery, filled by an interesting contrasts of old and modern arts. 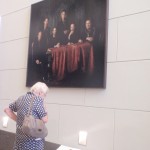 A photograph made after Rembrandt’s “De Staalmeesters”.