(For a bigger picture of the trip, please do read the previous Balkan Trip posts 😉 )

I thought I was well-informed about the Bosnian War. After all, in the 1990s, as a muslim kid living in a country with the world’s most populous muslim-majority nation, it is natural for me to felt instantly connected with the Bosniaks — the muslim population of Bosnia and Herzegovina — who were always portrayed as the victims. It was also through a very good book Safe Area Gorazde, written by the comic journalist Joe Sacco, that I reinvented my fascination to comic books and deepened my knowledge about the war. I had already known that the war was a paralyzing and fatal mix of history, nationalism, identities, and violence.

But nothing prepared me to see the scars of war with my own eyes. The traces seemed so recent and so sad, different with the ones I saw in Saigon, Vietnam, or Phnom Penh, Cambodia. Cu Chi tunnels in Saigon and Tuol Sleng prison in Phnom Penh gave me the chill but the wars had ended in a distant past, the tour guides had started to forgive and forget the terror that happened in their countries.

In the beginning of my stay in Bosnia and Herzegovina, I was so keen to see the war remnants, but then I felt somehow guilty to take part in the war tourism. I felt like a war voyeur, watching the ugly consequences of war without really knowing how it felt for the victims, for the survivors. Traveling alone seemed to give myself more time to deeper reflect on things. This is perhaps also why I feel a little bit confused and reluctant to write about the days I spent in the region, no matter how dear those days are to my heart.

But as Samara, a tour guide I met in Sarajevo, said: no matter how sick she feels about retelling the sad story over and over again, as long as there are people who want to listen about it, she will keep telling her version of history. I guess it is only fair that I need to tell my bits of story about Bosnia and Herzegovina, too. 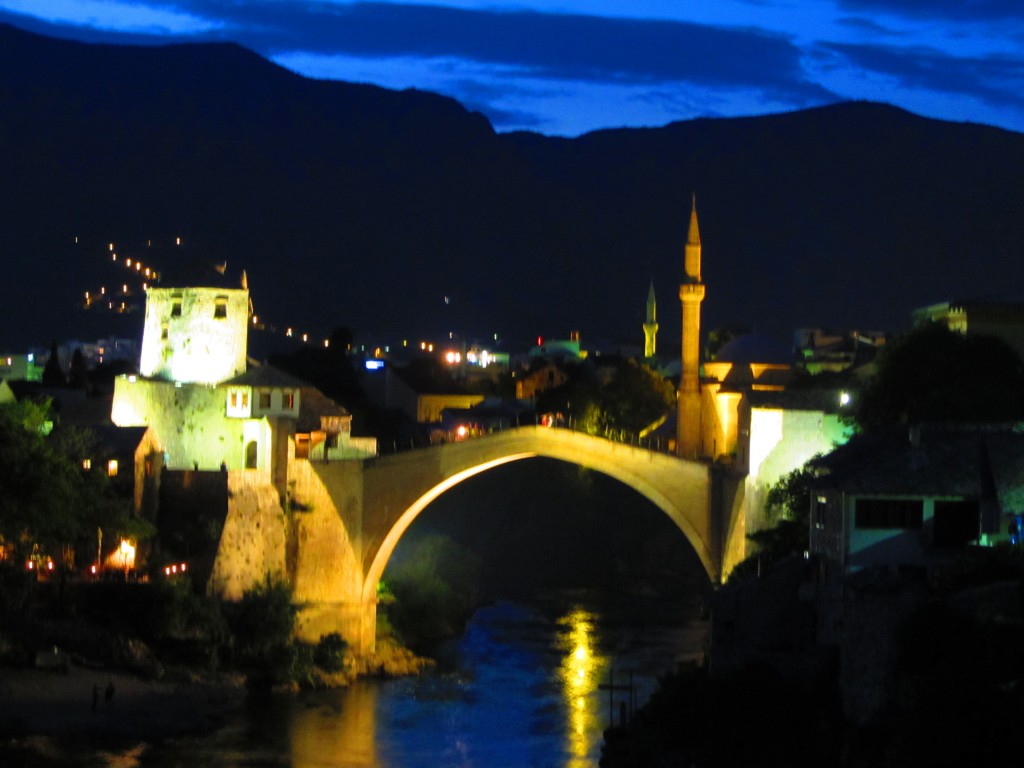 The war and Mostar may be best represented by the Stari Most (“old bridge”), or, to be precise, the fall of the beautiful bridge. When the region was a part of the Uthman (Ottoman) Empire, Sultan Suleiman the Magnificent ordered the building of the bridge in the 16th century. People used the bridge to cross Neretva river for no less than 427 years. Until in November 1993, the Bosnian Croats shelled the bridge and destroyed it. And the ex-Yugoslavians wept.

“Not so long ago the newspapers published photos of massacre in the Bosnian Muslim village of Stupni Dol. One picture showed a middle-aged woman with a long, dark knife cut along her throat. I don’t remember anyone crying over that photo or others like it. And I ask myself: Why do I feel more pain looking at the image of the destroyed bridge than the image of the woman?

Perhaps it is because I see my own morality in the collapse of the bridge, not in the death of the woman. We expect people to die. We count on our own lives to end. The destruction of a monument to civilization is something else. The bridge, in all its beauty and grace, was built to outlive us; it was an attempt to grasp eternity. Because it was the product of both individual creativity and collective experience, it transcended our individual destiny. A dead woman is one of us — but the bridge is all of us, forever.”

On my first night in Mostar, I walked from the newer part of the city towards the old town. I passed through empty buildings with no glass on the windows, with traces of shells marking their facades. 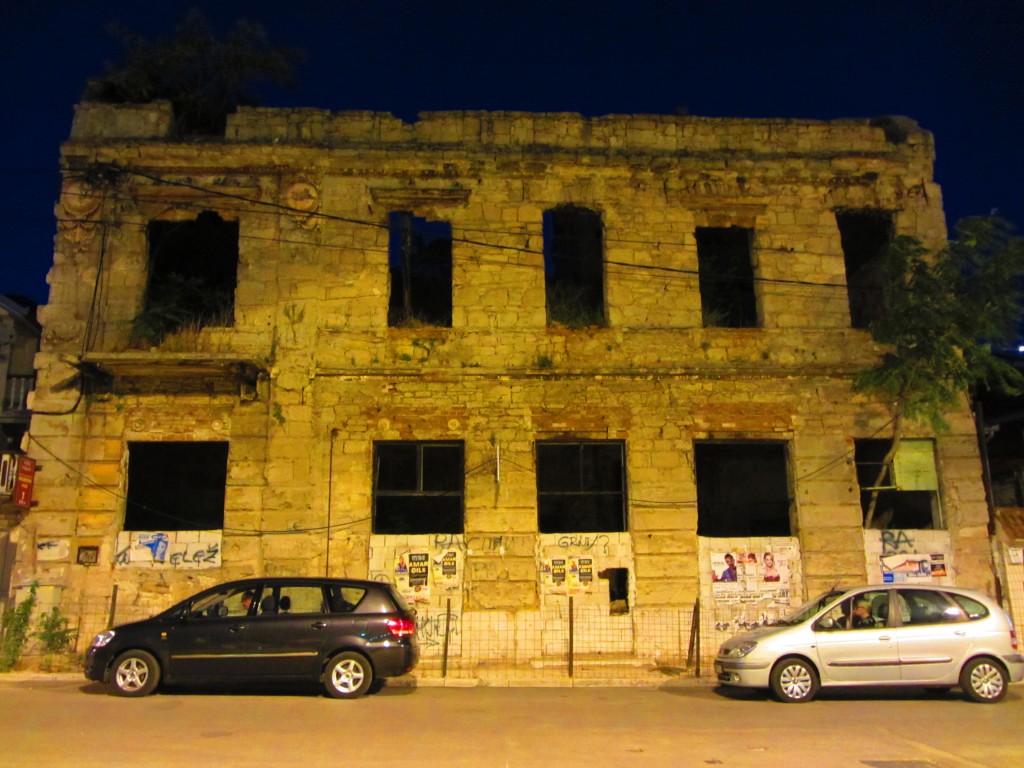 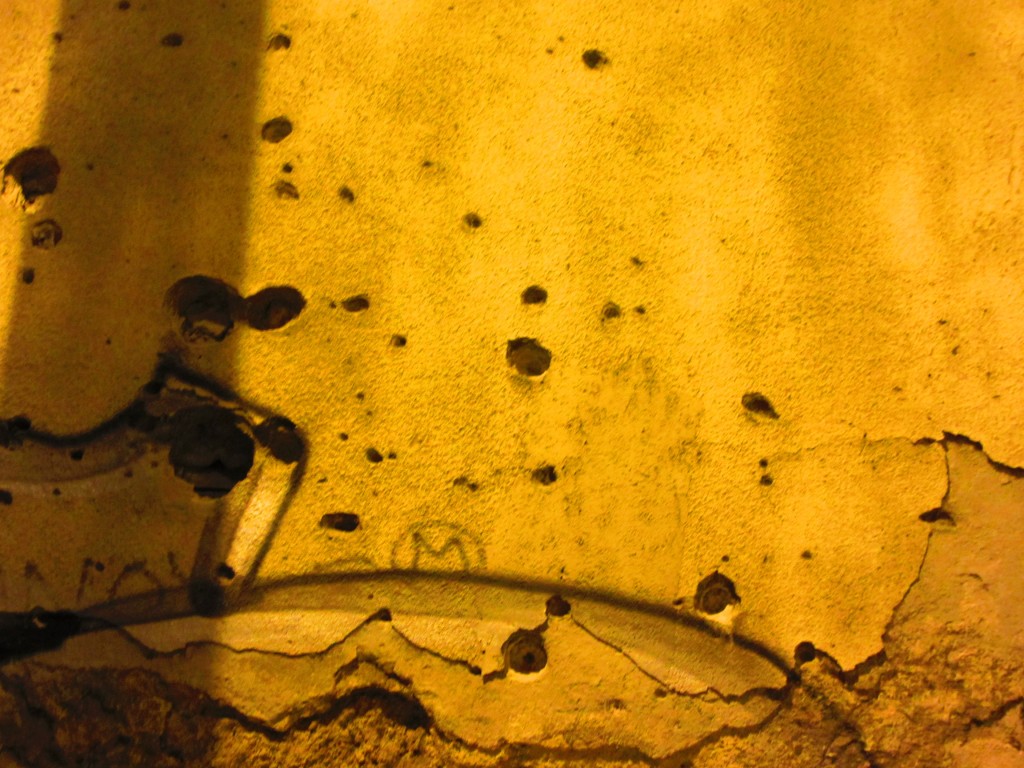 Some signs were put, warning people that the ruins were dangerous. I crossed the river, walking upon the new Stari Most, which was reconstructed in 2001-2004 and reopened on 23 July 2004. 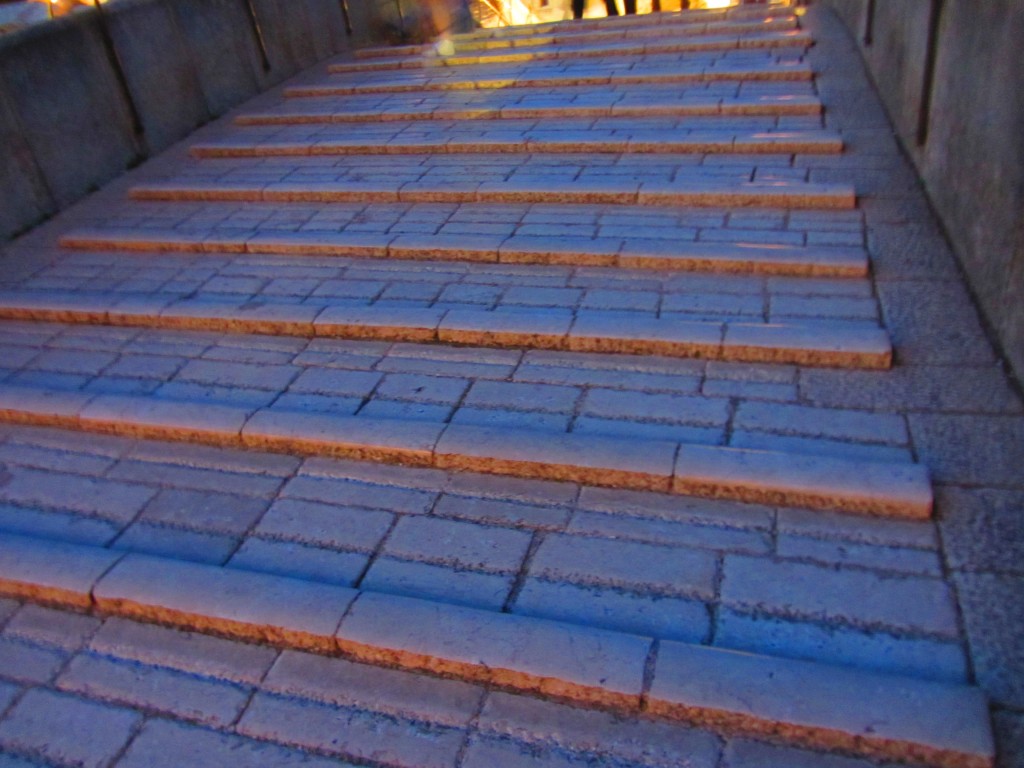 I walked around the old town, of which most part was also destroyed in war and rebuilt afterwards, keeping the “old” appearance. Flocks of tourists roamed around, tunes of turbo folk burst — not too loud but loud enough — from the cafes. 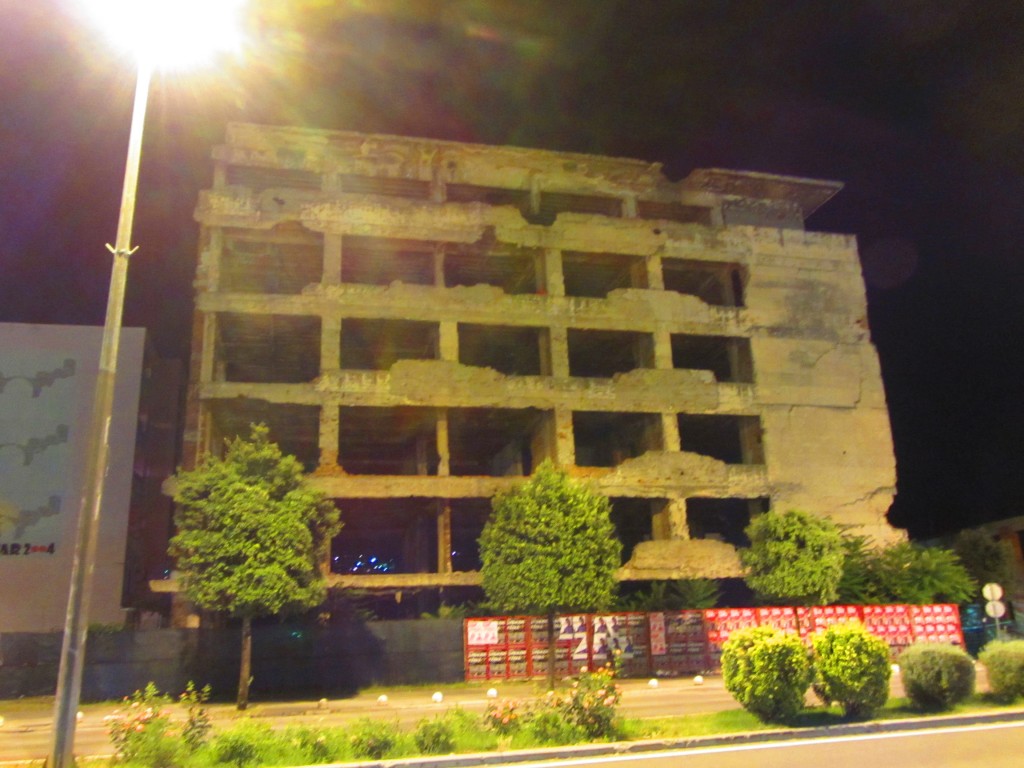 I went back to the bed and breakfast where I stayed, taking another route to get there. I walked through the wide boulevard, the very place that was the frontline of Bosnian Croats and Bosniaks forces. More empty, decrepit buildings stood on both sides of the boulevard. I was busy taking pictures every few steps when a guy approached me. His name was Attila, and he said he liked to talk with foreigners…

Coming up next: Attila and Identities