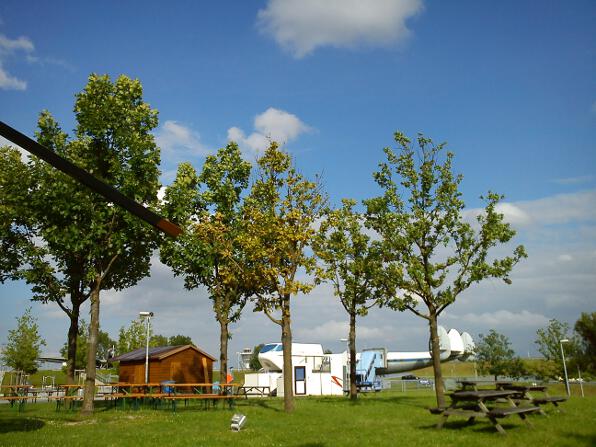 Hi! This is a post that should be posted long, long time ago, as the topic is about my transits in Muenchen, or, as dubbed by English: Munich — on June 22nd and July 12th. I used a return flight of Lufthansa, so both transits were in its secondary hub (Lufthansa’s primary hub is in Frankfurt).

My first transit in Muenchen was for seven hours. Quite a long time for transit, but not as long as my boring 9.5 hours in Dubai last year. The idea of going to the city tempted me but the 40 minutes train ride (= 80 minutes return) and 11 euro ticket price shied me away from that option.

I chose to go to the Visitors Park instead. Just one S1 or S8 stop away from the airport, which cost me around 2 euro. It was still in EUro Cup-craze and there was a match of the Germans and some other team so I had to walk past hordes of hundreds of people who gathered at the Munich Airport Centre atrium to watch the live relay of the match. 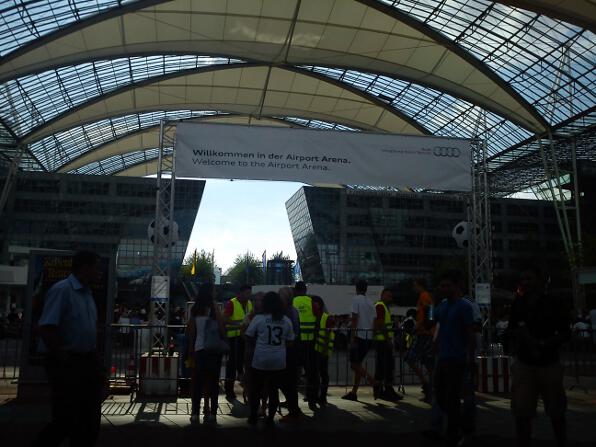 I walked past this man, Ludwig II of Bavaria; 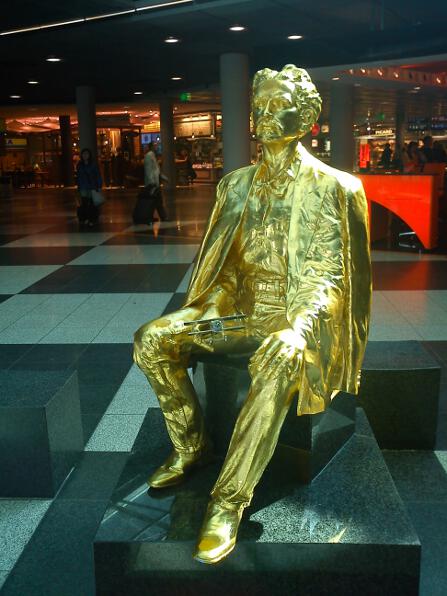 then past this man, of whom you must have known; 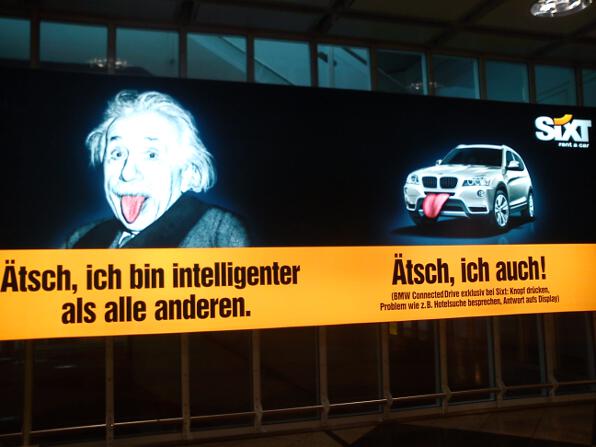 and past this store, thinking thank God I’m not their supporter — otherwise I must have spent some fortune there; 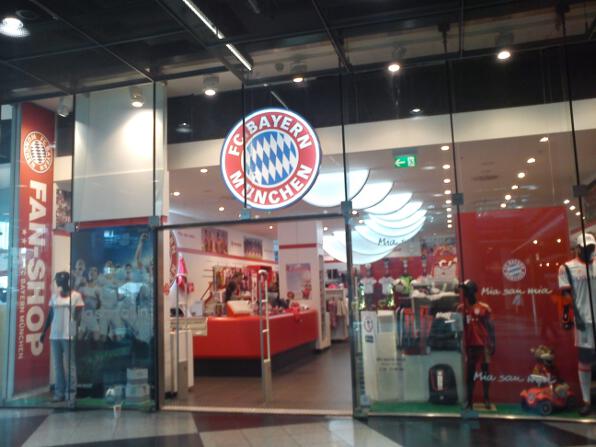 then bought a sandwich and took the S1 train to the Visitors Centre. I did not know that from the train stop to the so-called Centre, I still had to walk about 1 km in the middle of meadows. But it’s ok as it was a sunny, breezy day. I arrived past 6 pm so the Centre was already closed, although the old aircrafts could still be seen. I walked around a little bit. 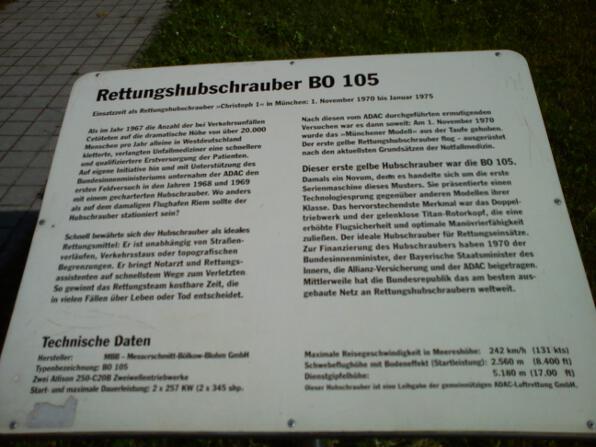 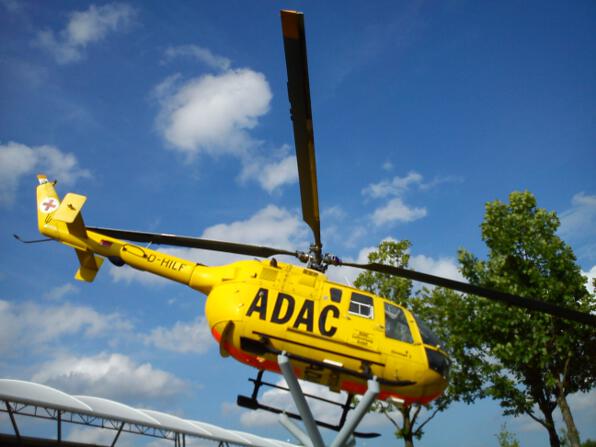 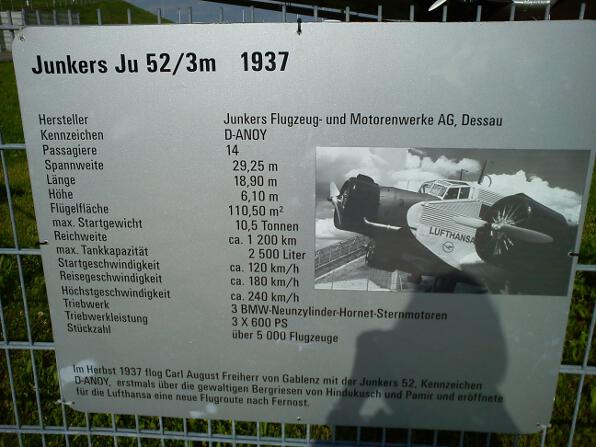 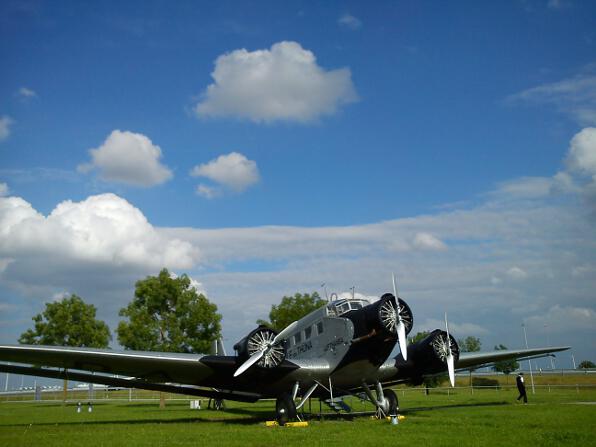 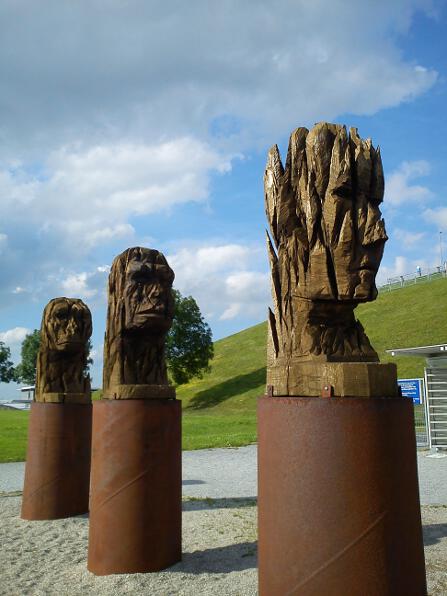 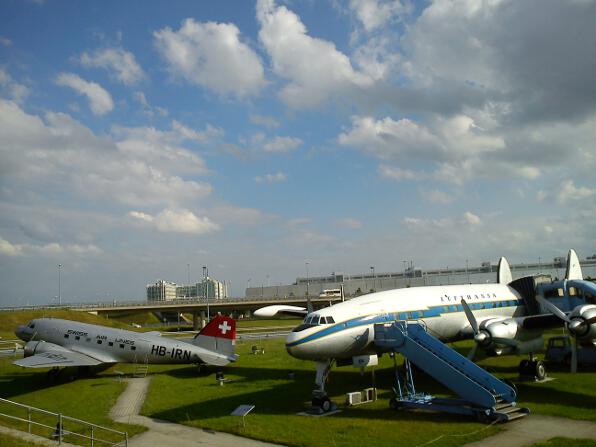 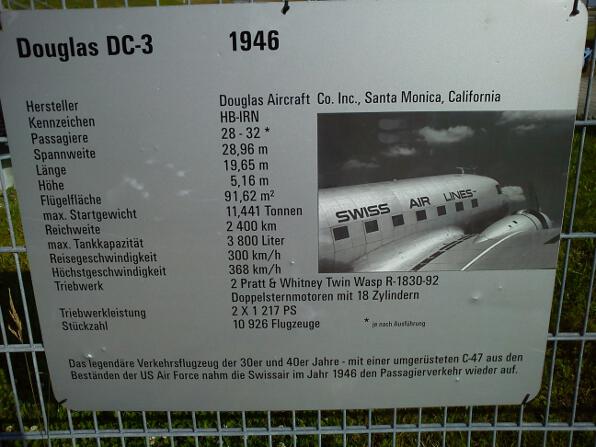 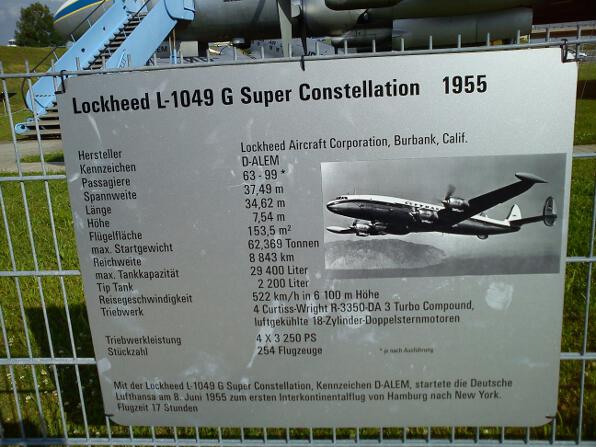 I thought I could enter the aircrafts, but too bad it was not possible. So I sat and ate my dinner (in broad daylight, alas, this is how summer is in non-tropical countries) in one of the many picnic benches. Smiling and feeling happy to be home in several hours to come.. 🙂 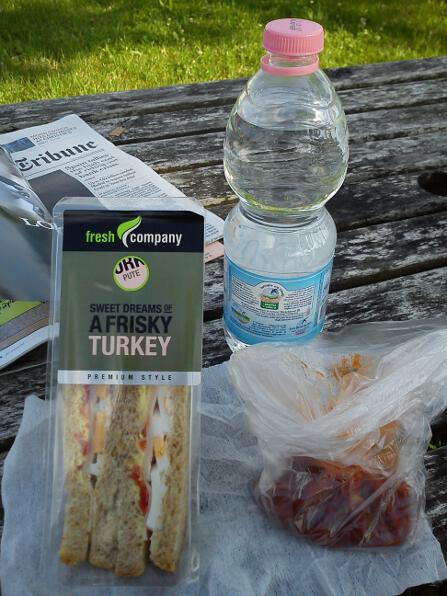 I went back to the airport and still had about three hours before the departure of my connecting flight. I was lucky to get one of the free internet computer stations, of which I occupied for 1,5 hours. I love that there are many free coffee/chocolate/tea stations and newspapers in the “G” gates (not in “H”, unfortunately). Good pacifiers for cranky passengers like me. 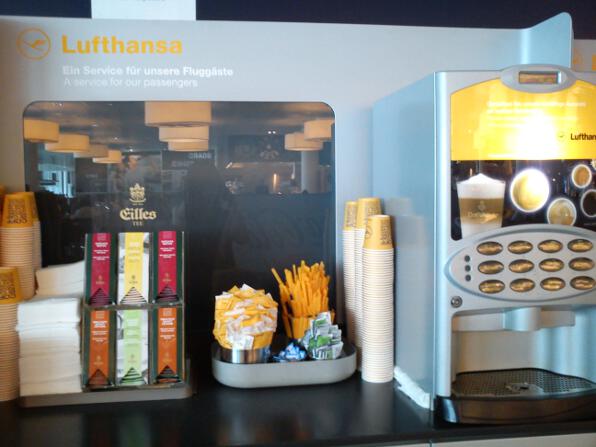 There was a foosball next to my computer station, I don’t know whether it’s only there during Euro Cup or it’s always there: 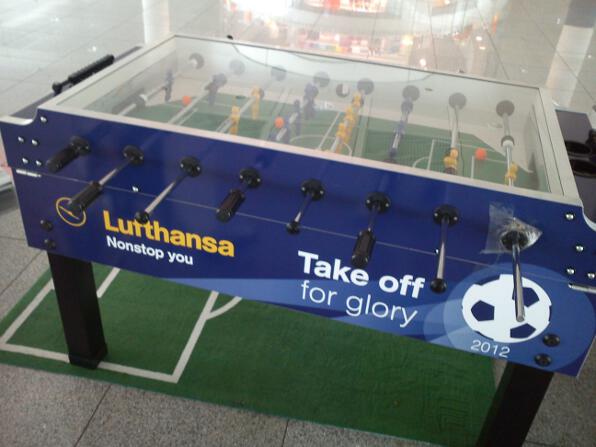 And some napcabs were around, for those who want to take a nap or *ahem* in need of extra privacy. 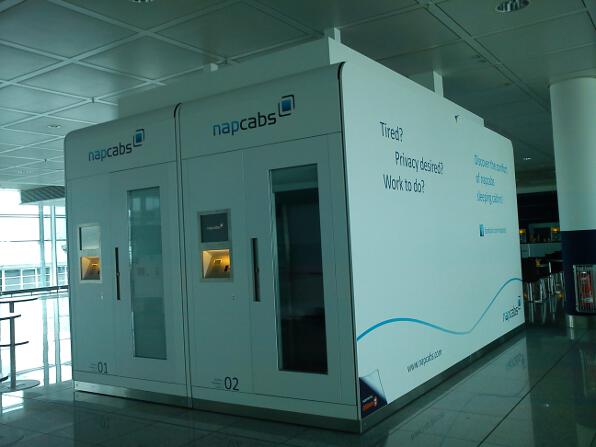 In the second transit, on my way back to the Netherlands, I only had three hours in Muenchen, and spent it with a very chatty middle-aged Indonesian woman.

All in all, it’s a good airport with cheaper chocolates but more expensive perfumes compared with Amsterdam Schiphol. I hope one day I’ll get to see the city… 🙂