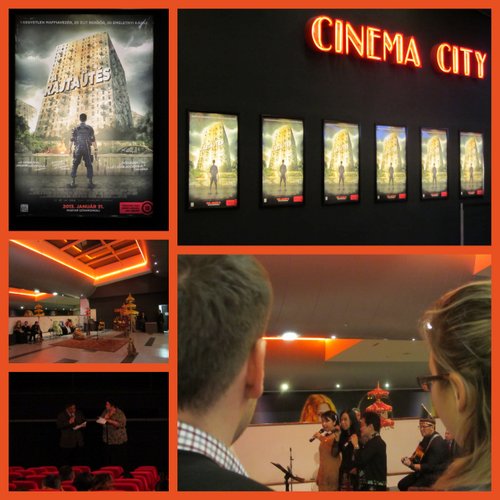 Not The Raid, But A Rajtautes

Iko Uwais is talking in Hungarian! At least in The Raid which is renamed as A Rajtautes, in the language of Magyar people.

For those who haven’t heard, The Raid is a 2011 action movie with lots of pencak silat (= Indonesian martial art), blood, and broken bones involved. Not for the faint hearted but really, the fight scenes choreography and the special effects are excellent. Premiered in Toronto International Film Festival, selected for Sundance Film Festival as well as Busan International Film Festival, it has been released in many countries, including United States, Canada, United Kingdom, The Netherlands, France, Germany, Russia, Australia, and now, Hungary.

Is it an Indonesian movie? Well.. it is set in Indonesia, played by Indonesian actors, filled with Indonesian martial arts, but directed by the Welsh Gareth Evans and co-produced by Los Angeles-based XYZ Films. The Raid is a product of the globalised world we’re living, where borderlines become more blurry every day.

Anyway, the movie is finally released in Hungary last week, and I went to the premiere in Arena mall for the sake of curiousity. I’ve watched it last year in The Hague. In The Netherlands most movies are subtitled, except kids’ films. On the contrary, in Hungary, most films are dubbed with some exceptions of Hollywood flicks. The Indonesian embassy organised the premiere and apparently a little too many cultural shows (half hour of them) and the ambassador’s speech commenced before the film screening.

The Raid premiere in Hungary

Well the screening was free for us Indonesians, so I can’t really complain:D In 101 minutes of The Raid, it was indeed sounds weird to hear Indonesian faces talk in Hungarian. But I still enjoyed the fighting scenes, and Linkin Park’s Mike Shinoda’s scoring is still great. If only it’s not dubbed, I’ll definitely recommend it to my non-Hungarian speaking classmates here. But alas…

To end this blogpost, here’s the official trailer in English: