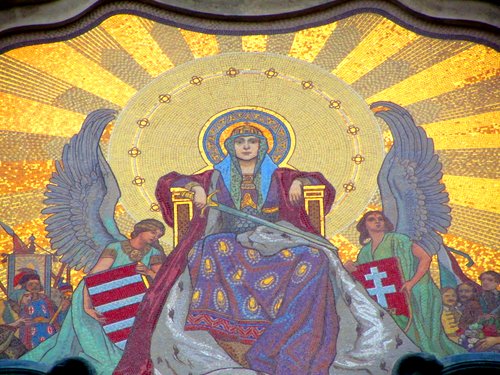 Another szecesszió (art nouveau) gem of Budapest is the Török Bankház, the Turkish Bank. The building, designed by architects Armin Hegedűs and Henrik Böhm, was built in 1906 and located in Szervita Tér, near the touristy shopping street Vaci utca. Originally, the building was topped by a huge crystal globe on the roof but that was removed before the war. The building was heavily damaged during World War II but it was restored in 2008. 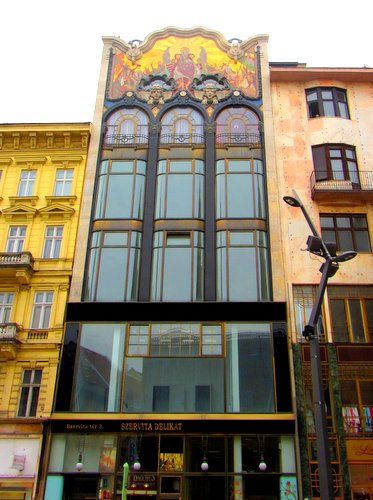 In a glance, it’s not a special building.. until you look up. There’s a beautiful mosaic made by Miksa Roth, the Hungarian “genius of stained glass”. 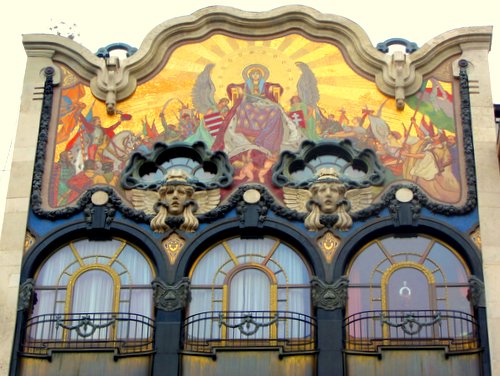 Titled Glory to Hungary, the mosaic depicts the image of the glory of Hungary with the Patronae Hungariae, or patron of Hungary, Virgin Mary at the centre. Angels, shepherds, and Hungarian heroes such as István Széchenyi, Lajos Kossuth, and Ferenc Rákóczi pay homage to her. I have no idea which face is Széchenyi’s, Kossuth’s, or Rákóczi’s — my googling ability is apparently not advanced enough.

Details of the mosaic: 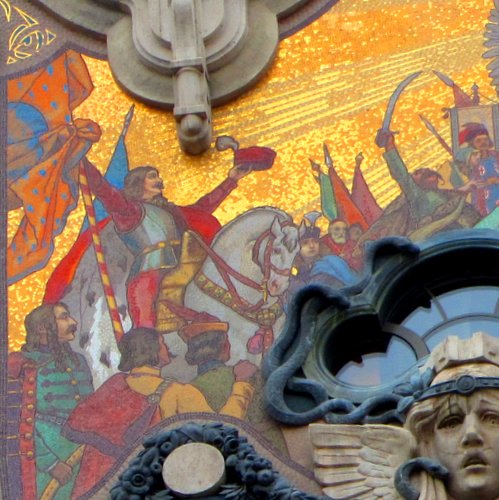 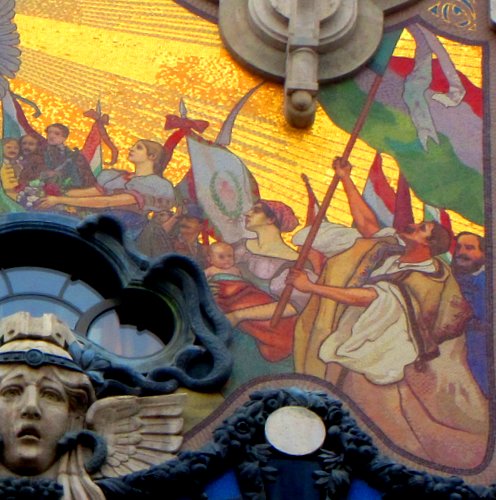 And one of the two sad Medusa heads: 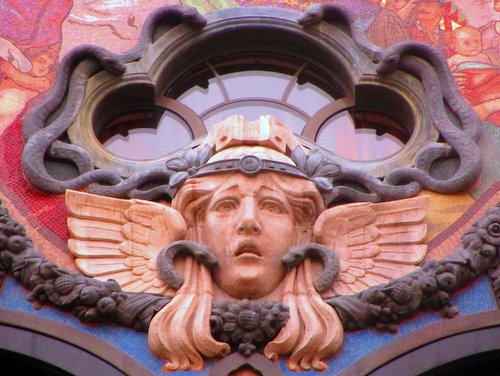 I really hope the mosaic will survive and be preserved. It’s really dazzling. On the sideline, the building is not a Turkish bank any longer. But I forgot to pay attention to whatever store that is now on the ground floor…

This is part of the Szecesszió Budapest series.