The International Day (Of Surprises)

Yesterday at ISS was a blast!

It was the ISS International Day, when almost everyone’s showing off the best of their nations through exhibition (4-6 pm), food (6-8 pm), and performance (8 pm onwards). Students can choose to represent their countries via one, or two, or three of those channels — we Indonesians of course chose all three of them.

We’re lucky to have enough human resources to do it all. 28 people from the new batch plus some seniors from previous batches joined forces. We split ourselves into three groups which handled the exhibit, cooking affairs, and dance performance. I was in the amateur dance troupe, juggling rehearsals with classes and the pile of readings.

We had rehearsals everyday from Sunday to Saturday, ranging from one hour until three hours. The first one was frustrating because we felt it was so difficult to remember the steps, but we grasp it all at the end.

On the D-Day, sadly, we the female dancers had to miss the exhibition because we were busy with make up and hair-do.

I’m not really into serious make up (everyday I only use moisturiser and lipbalm, no face powder et al involved) but once in a while, it’s good to have foundation, face powder, eye shadow, blush on, eyeliner, lipliner, and lipstick on your face — and with a bestfriend applying it on your face, hahaha. Vinny, a multitalented senior (she’s a ballerina-traditional dancer-dance trainer-make up artist-ICC employee), transformed our hair into beautiful buns with flowers.

Around 6.30 we arrived at the ISS atrium and every non-Indonesian friend seemed to be surprised. I’m not exaggerating, but I felt like we were celebrities, hahaha. Compliments every two steps and friends asking for pictures with us… Mmmm hmmm.

Good thing we didn’t miss the food fair, it was surprisingly amazing! So many choices of food from around the globe. I’d like to try all but was too full after a plate of beef adobo (Philippines), a bowl of vegetable curry (South Africa), a plate of pancake + waffle syrup (Canada), and a bowl of apple+cinnamon+raisin dessert (South Africa).

Anyway, the main event was of course the performance! We were the second country to perform, after Bangladesh. We performed two dances: Pasambahan from the Minangkabau tribe (my dad’s tribe, btw [my mom’s Sundanese]) in West Sumatra, and Ngibing from Betawi folks in Jakarta. Pasambahan is a dance to respect elders, guests, and wedding couples, while Ngibing is a social dance.

Ngibing was more exciting because it was interactive — we grabbed people to dance with us. I was a bit upset when the first guy I asked to dance, Vineet from the previous batch, refused to do so, but hey, perhaps he’s way too shy and the show must go on anyway so I picked another person, who was courteous enough to join me. Later I asked Sam to dance with me, too. Then all of the sudden, our dance were finished after 11 minutes. People were cheering and giving us loud applause.

Some friends were surprised, perhaps, because we Indonesians rarely dance in parties but we turned out to be acting good enough as dancers on stage. I was happy and wished we could dance more than that! Hahaha.

After us, there were 17 other countries performing their best. It was a multicultural kaleidoscope of happiness, with surprises here and there. More photos and videos will be posted tomorrow! 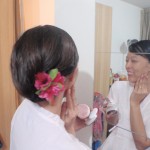 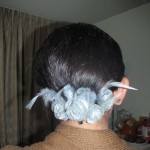 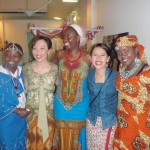 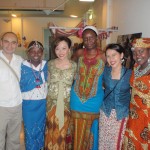 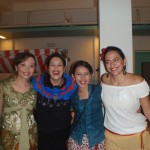 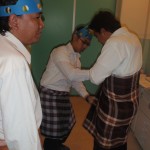 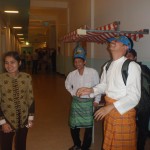 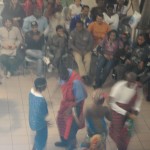 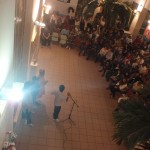 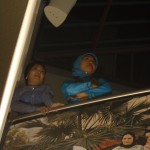 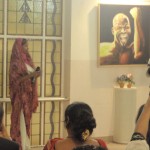 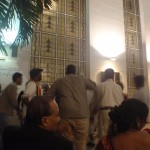 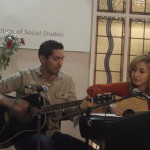 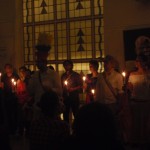