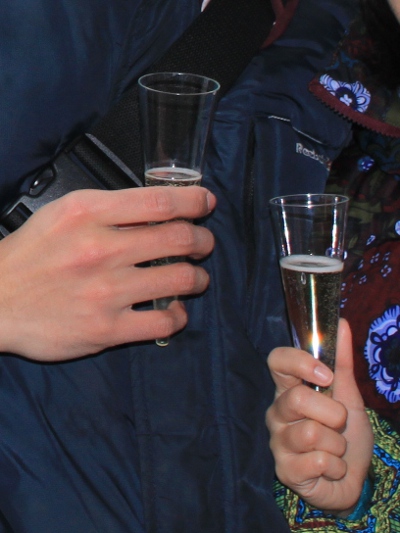 Last day in Paris! Of course, three days are far from enough. But since I wasn’t really on holiday, unlike him, I could only make the most of the weekend… 🙂

On that day, we checked out of the hotel but left a bag there, to be picked up before our train in the evening. Then we went back to Eiffel tower to conquer it. The queue was goddamn long, much longer than the one we saw on our first night in Paris. However, from the screen above the ticket office, we could see that they opened the top level. Yay! 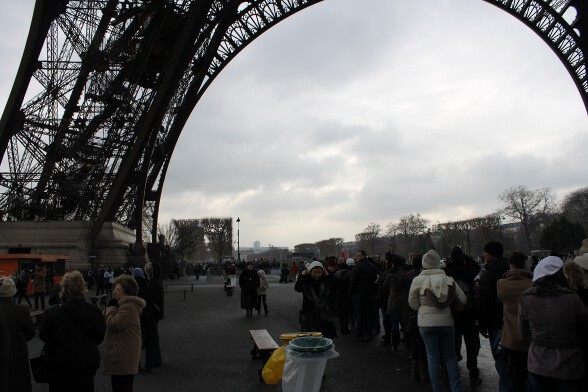 It took us about an hour to finally buy the tickets and then queue again for the lift. It was really cold and windy I almost froze while queuing. If, unlike us, you have credit card, I suggest you to buy the ticket online here to avoid wasting time.

Anyway, finally we got into the lift… but then, surprisingly, it only took us to the second floor. It turned out that we had to take another lift, a smaller one, to the top. And voila! We’re on the top of the Eiffel tower. Although the sky was a little bit misty, the view was still amazing. 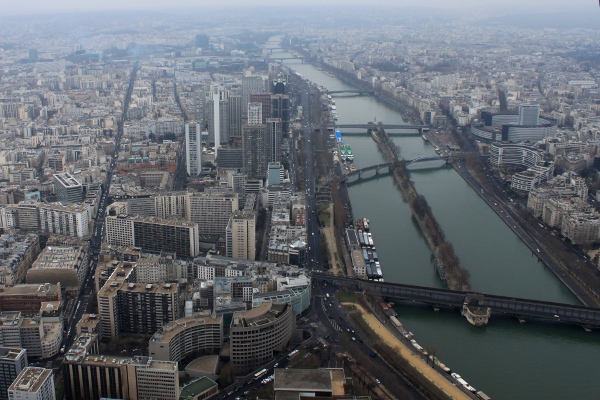 Seine and the city 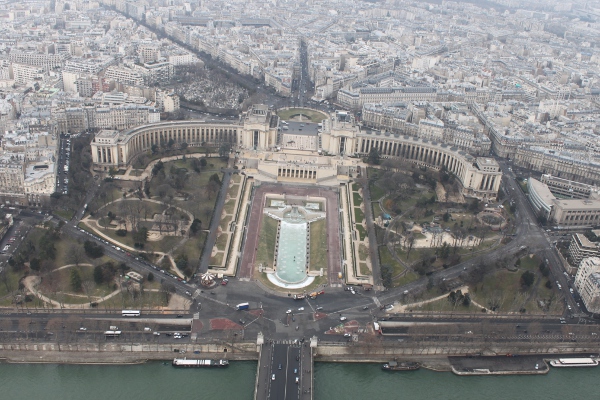 There is also a list of skyscrapers around the world. Never knew that Indosiar TV tower was that high. 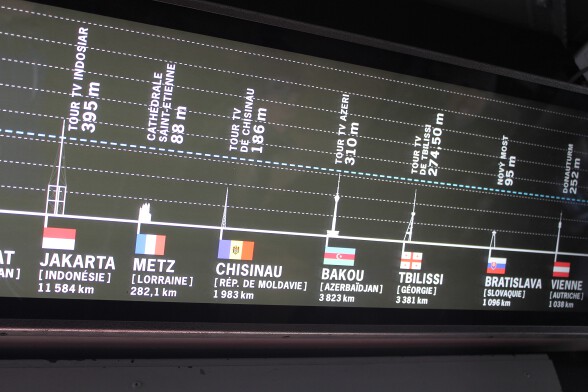 We ended our trip to the top with taking pictures and, ahem, acting like true third world elites: sipping champagne.

The toast of the third world elites

Our next destination was Musee du Louvre, to satisfy Yoga’s curiosity of the Monalisa and mine of Napoleon III’s apartment (which I didn’t get to see in 1998 since we had even more limited time, only two days). 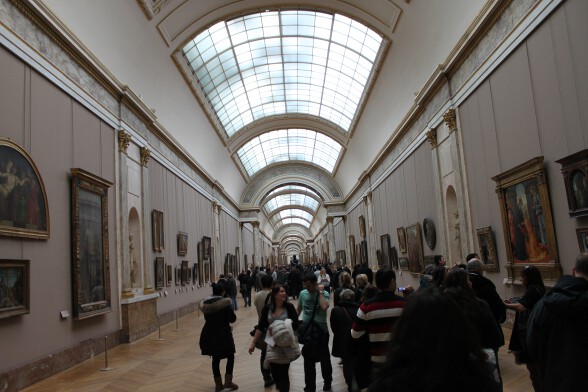 The inverted pyramid is the holy grail of camwhoring for Dan Brown fans, of course. Wonder if Mary Magdalene’s really resting beneath it… 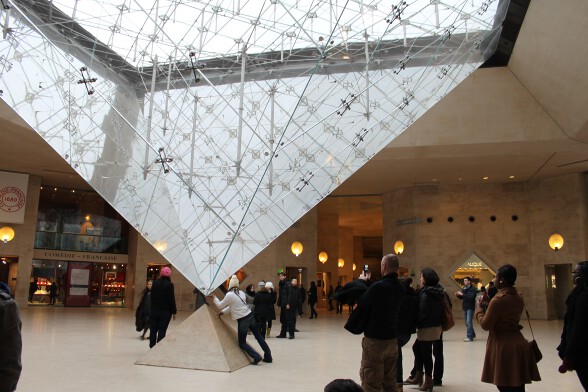 Louvre is HUGE and we tried to make the most of our limited time. First thing is of course Monalisa, which hadn’t grown any bigger since 13 years ago. 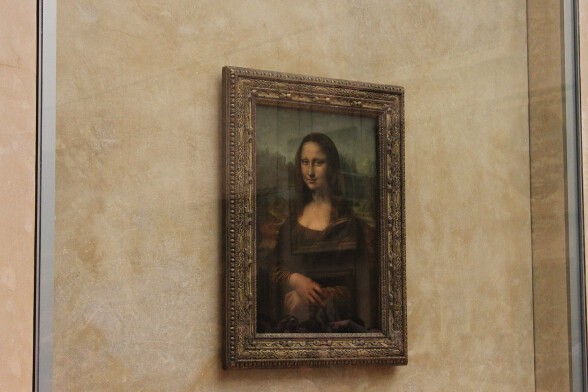 We also went across Venus de Milo. There were school children everywhere, it was so nice to see them looking at the exhibitions and listening to the guides attentively. 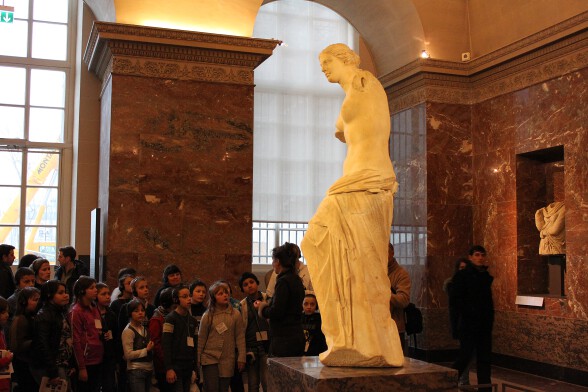 After a delicious and fulfilling Moroccan couscous and tajine for lunch in the food court, we continued our exploration until the closing time, 6 pm. We managed to see the medieval section of Louvre underground, the vast Egyptian collection (a.k.a. artefacts stolen by Napoleon’s troops), and finally, Napoleon III’s apartment, which had been the living suites of the only Frenchman who hold the title of elected president and emperor. 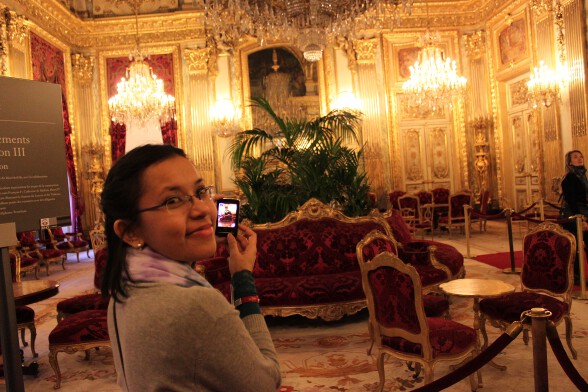 Hon, don't worry, I'm not asking for a living room this big 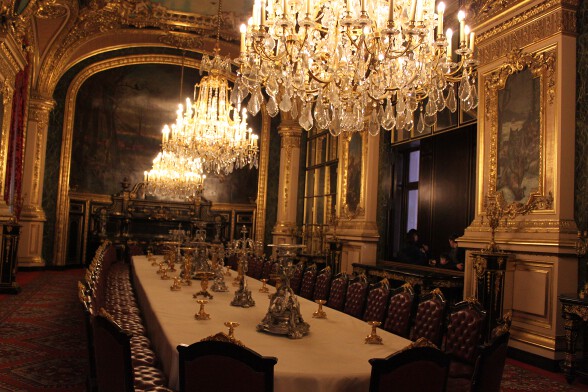 We then headed to Gare du Nord to meet Gemawang, a fellow Mundusian who is also a good friend of Alam, my cousin. Setting up the meeting was a bit of a trouble since my cellphone was out of credits, could only be online through the hotel’s wifi, and I could only find creditcards-payphones in the Louvre (neither me nor Yoga had credit card). So Gemawang could text me but I could not reply. And since my phone’s out of credits, his call went straight to my voicemail. A true one-way communication!

However, we finally meet anyway in the train station. We walked together to the hotel to pick up our backpack, then had dinner+fun chitchat nearby the station. It’s always nice to meet friends, and it was a really good ending of our short trip to Paris.