‘Twas started with eating macaroons from the dangerous Sugar! in the middle of term papers rush/procrastinating session in CEU, and conversation drifted to snacks eaten during our childhood times. Good memories, sweet and savoury ones 🙂 Here are some I’ve got some.. er… 20-something years ago in Indonesia. 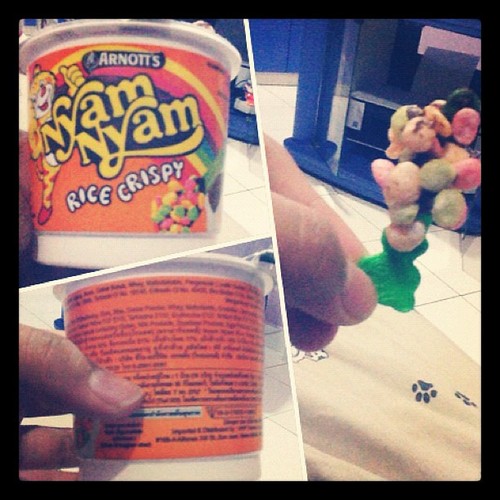 A cheaper version is the chocolatey-and other flavours-cream without anything to accompany the liquidy fake chocolate: 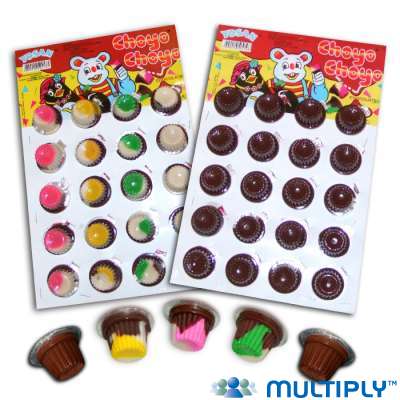 But everyone’s favourite back home is I guess Choki-choki, another chocolatey cream in plastic tubes. Cut a corner and suck in! 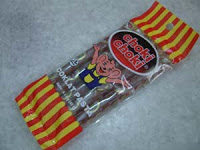 However condensed milk, which contains, well, almost no real milk nutrition at all, is always a delicious temptation. Especially the chocolate-flavoured one. It’s yummy with crushed ice, with avocado juice, but also as a standalone (as in, take it from the fridge and sip when mom was not watching). The most famous one in Indonesia was a Dutch brand (ah, colonial legacy!), Frisian Flag, although other brands were (and are) available as well. 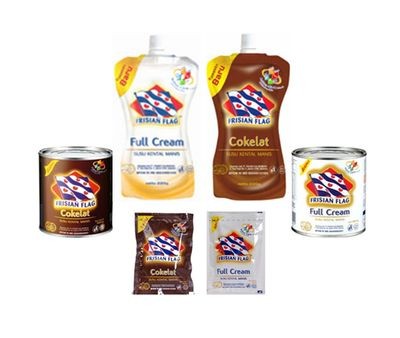 As for bubblegum, nothing could beat Yosan. It comes with water-transferred-tattoos we loved to collect. 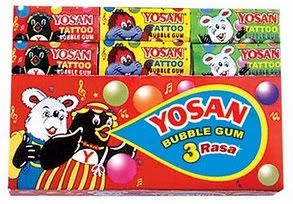 For the savoury ones, my favourite was the dry noodle. Yeah. Dry as in not cooked. It was supposed to be eaten that way. Anak mas (literally: golden kid) was the best: crunch it, open the package, pour the MSG-filled spice, close it the package, shake it til your hands tired, then eat it. Yum. MSGs. Krip-krip came into really small packages and you wouldn’t have to do nothing but open the tiny plastic and pour it straight into your mouth. Careful, you might choke yourself. 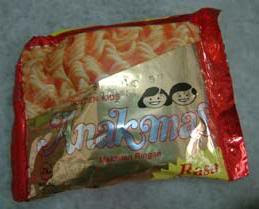 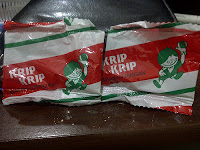 Ok, two more MSG-filled snack. Chiki balls come in three different flavours: chicken, cheese, and chocolate. I just realised it’s all started with ch-. Hm. The cheese flavour balls are somehow coloured with the kind of orange substance which stays on your fingers when you eat it. Then you lick the orange-ish thing. Delicious. Meanwhile, Taro come in two flavours: seaweed and barbeque. Seaweed’s better. 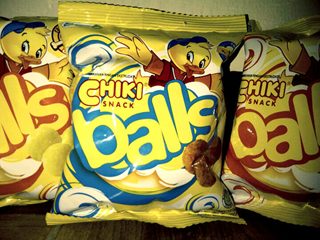 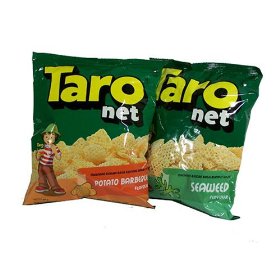