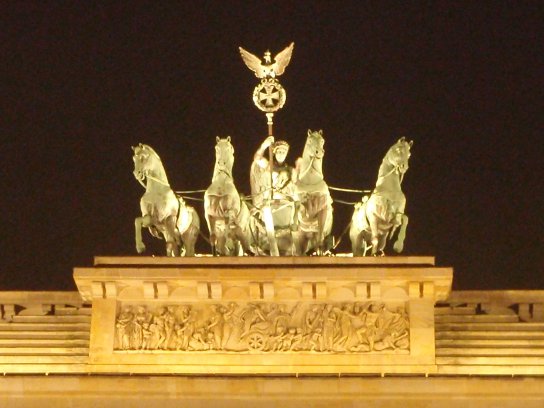 Tomorrow I’ll spend a week in Berlin for a study visit. I’ve been there for several days last November, to meet old friends, so I’m not really excited for this trip. I mean, I’ve explored parts of the city and even blogged so much about it, both in English and in Bahasa Indonesia. And I’m still sad the vote went to Berlin instead of Lisbon — ah, the pitfall of democracy! -____-

I like the city — it’s huge, loaded with history, and damned cheap compared to The Hague — but still, visiting a European city more than once during six months seems like an overkill. However, as my first time in Berlin was really touristy, perhaps it’s time to enjoy it beyond tourist traps. Or maybe I’ll just explore the Museum Island, which I skipped last November.

Anyway, I’ll be off til the 22nd. Updates can be found in my posterous, since it’s easier to post there, hehehe. Auf wiedersehen!