Spent a lazy morning. It was warm, so much warmer than The Hague, I could happily wear shorts and t-shirt! We went to the nearby supermarket, Eurospin, a cheap one like Aldi or Lidl, to buy groceries. Bought heaps of things, from cheese to pasta to peppers to bottles of wines. After brunch, around 1 pm, we stepped out of the apartments.

Passed by the Terra Porta Terra, one of the eight medieval towers scattered across the town. The tower was built at the expense of the very rich Aljama, the Jewish community of Alghero, in 1360, and was one of the two entrances of the walled enclosure. On one side of the tower, there’s a monument for those fallen in the first world war. 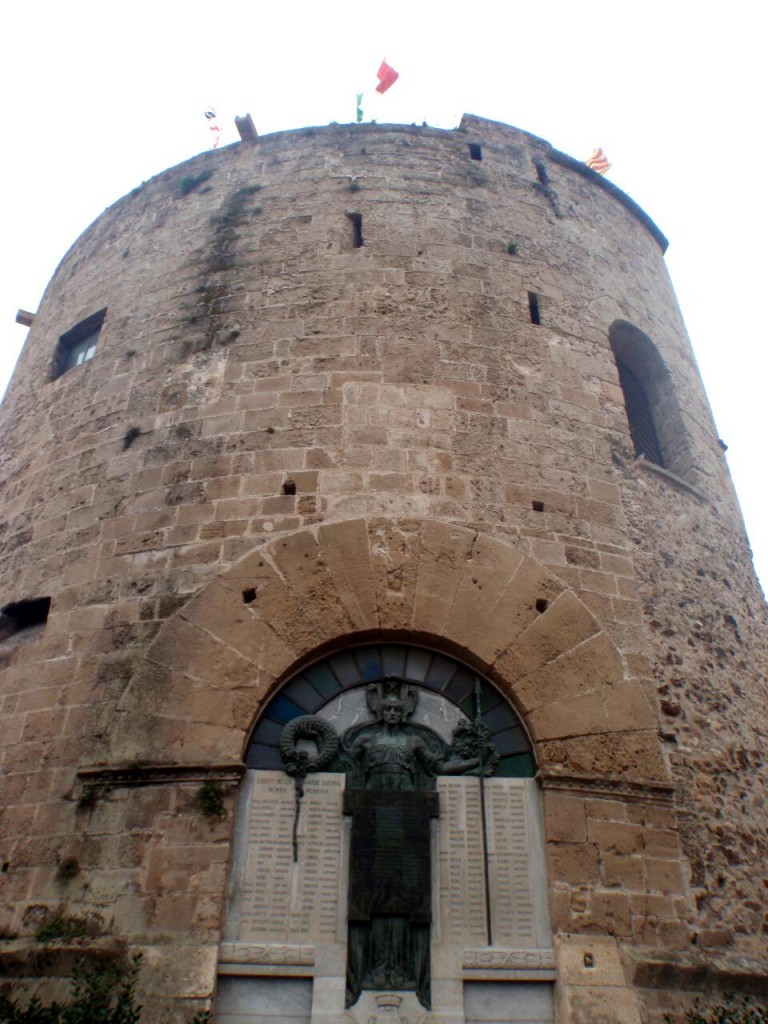 The tower now houses a bookshop, a small museum and a terrace which boasts a 360 degree view of the city. But when we came, it was closed — it only opens its doors only on 10 am – 1 pm and 4 pm – 8 pm every Monday – Friday.

That day, we didn’t realise how the opening hours — or, more accurately, the closing hours — in Italy was totally different than the Netherlands. All shops are always closed in lunchtime until afternoon, usually from 1 pm until 4 pm or even later, then open again in the afternoon til evening. Similar thing applies to museums, churches, and other tourist attractions, although most of those in Alghero choose to only open in the morning if it’s not summer. In summer, the peak season of tourists, they do open in the afternoon. However, restaurants are open for lunch and dinner, of course.

We decided to explore the historic old town, which was gorgeous. Cobbled streets, old houses, small piazzas here and there, laundry hangings outside the balconies… We feel like time’s moving slowly, peacefully, lazily. 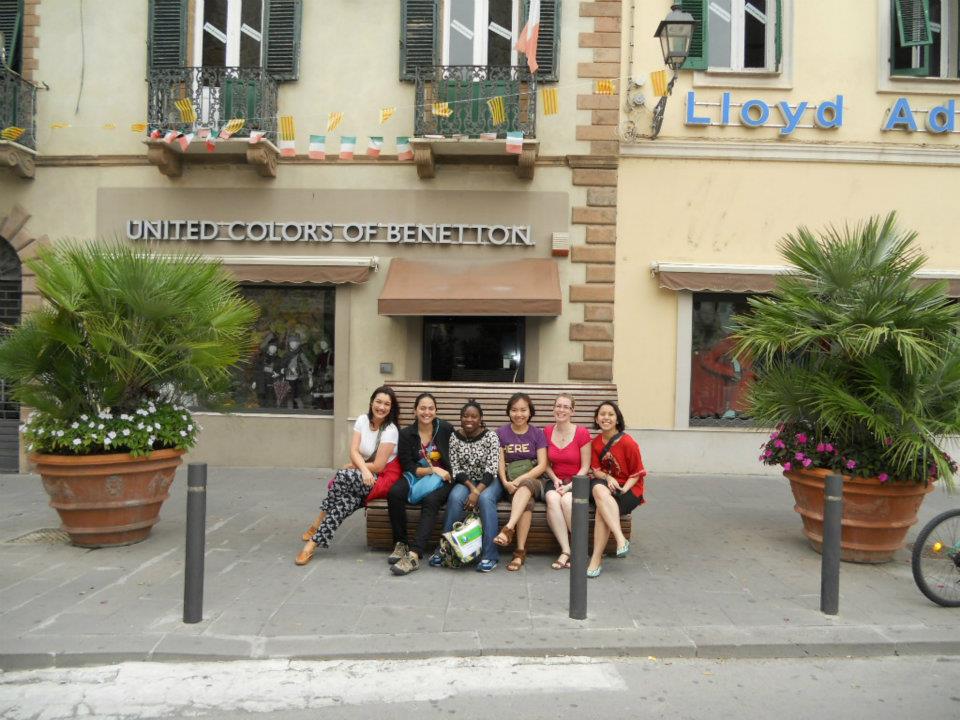 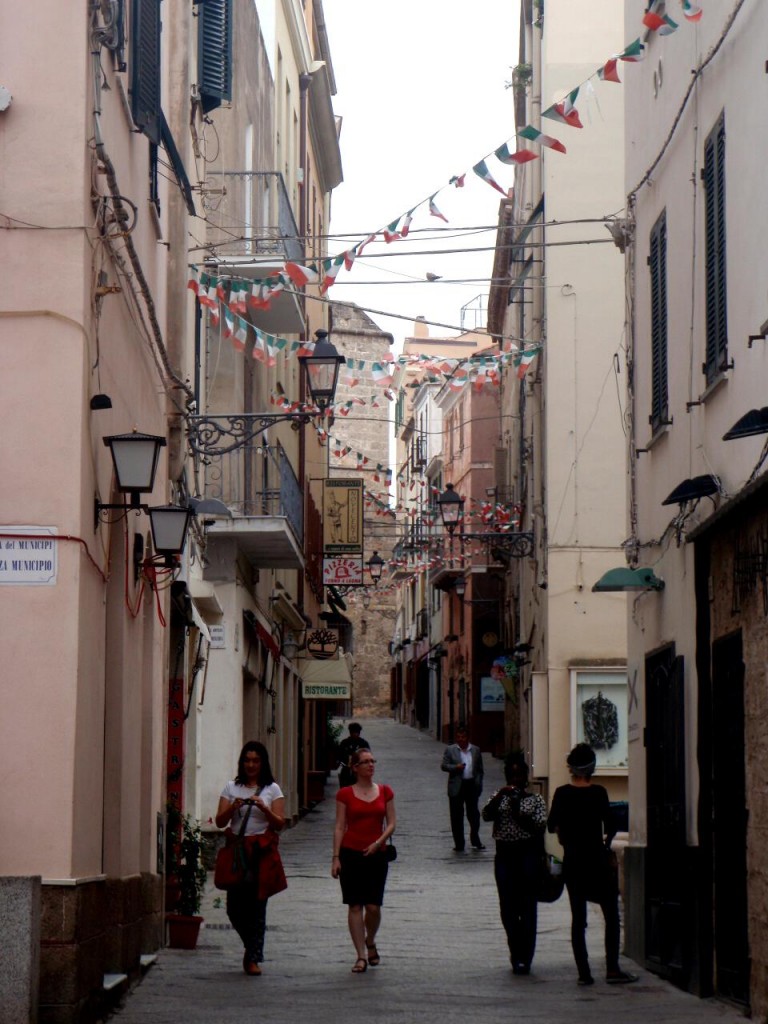 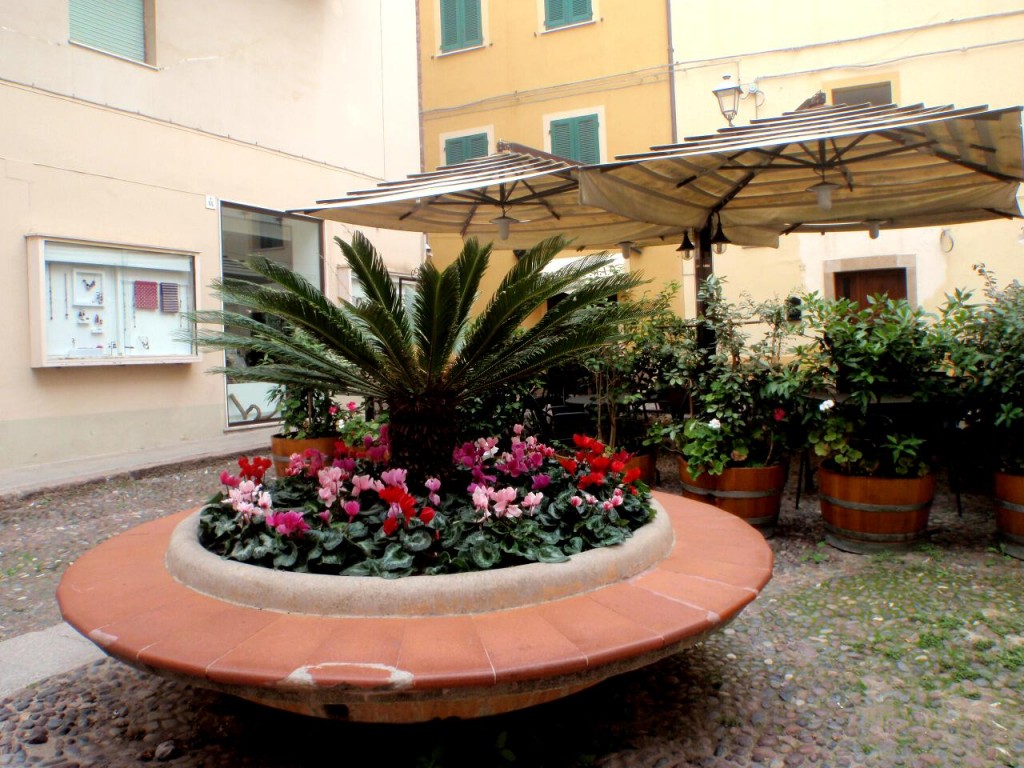 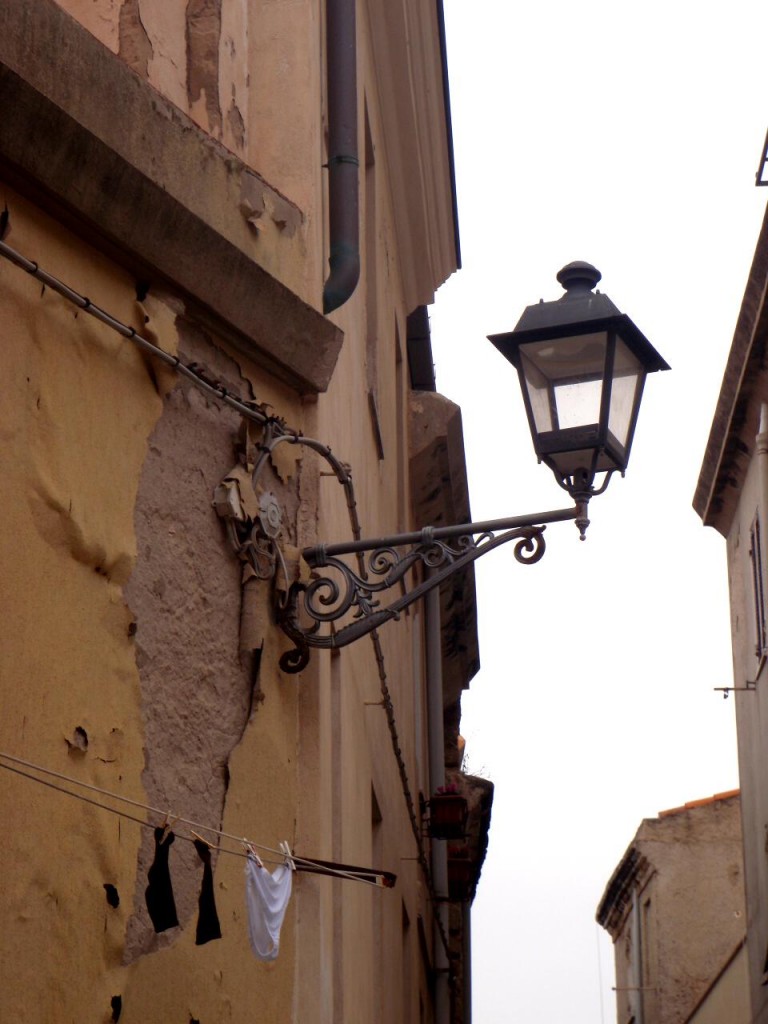 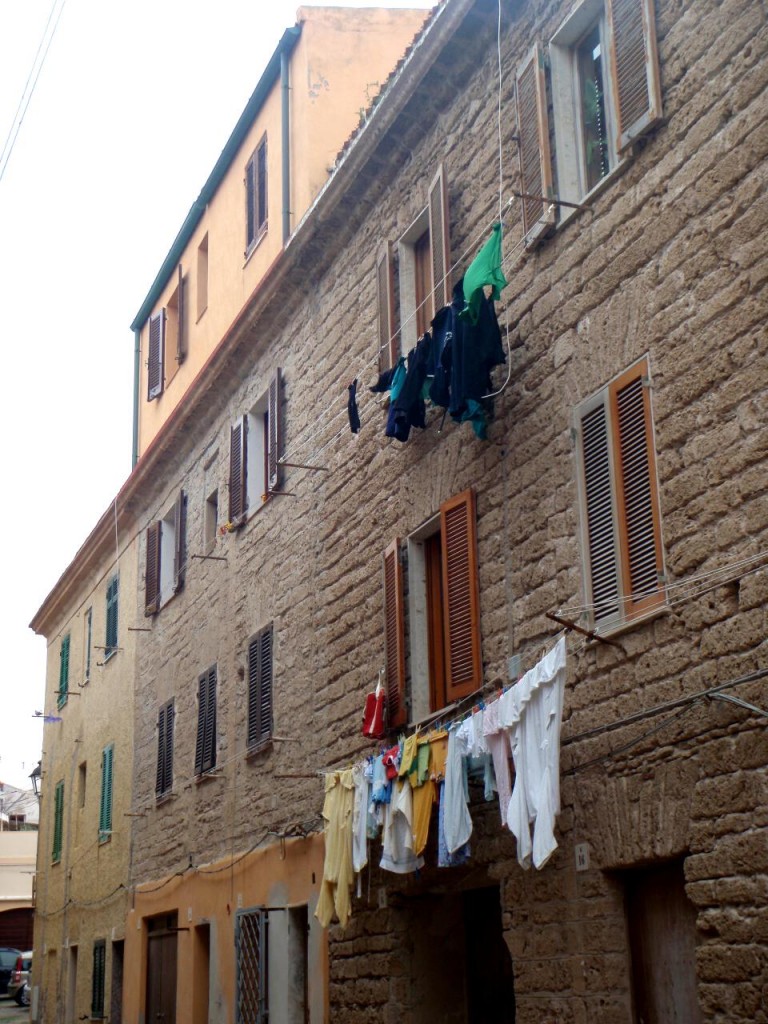 The picture below somehow reminds me of a photo I had in Saigon. Perhaps it’s the beautiful doors. Or the town was so romantic I couldn’t help to wish I was with him. Haha. 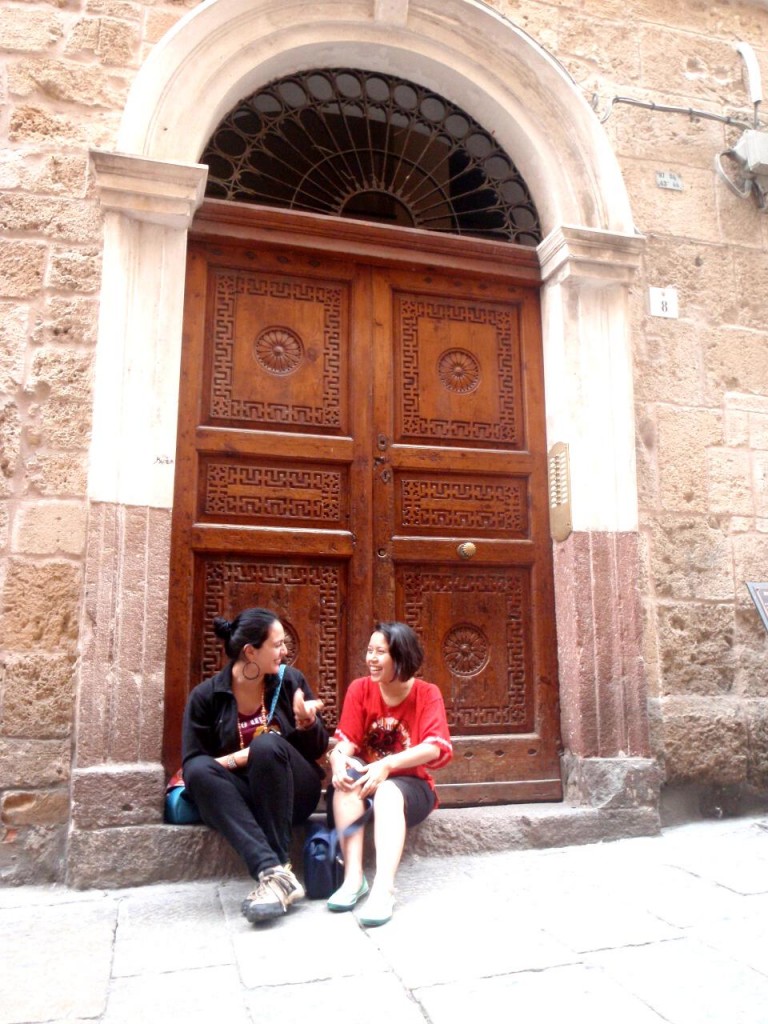 Then, we reached the old wall by the sea, its towers, and the Magdalena bastion. 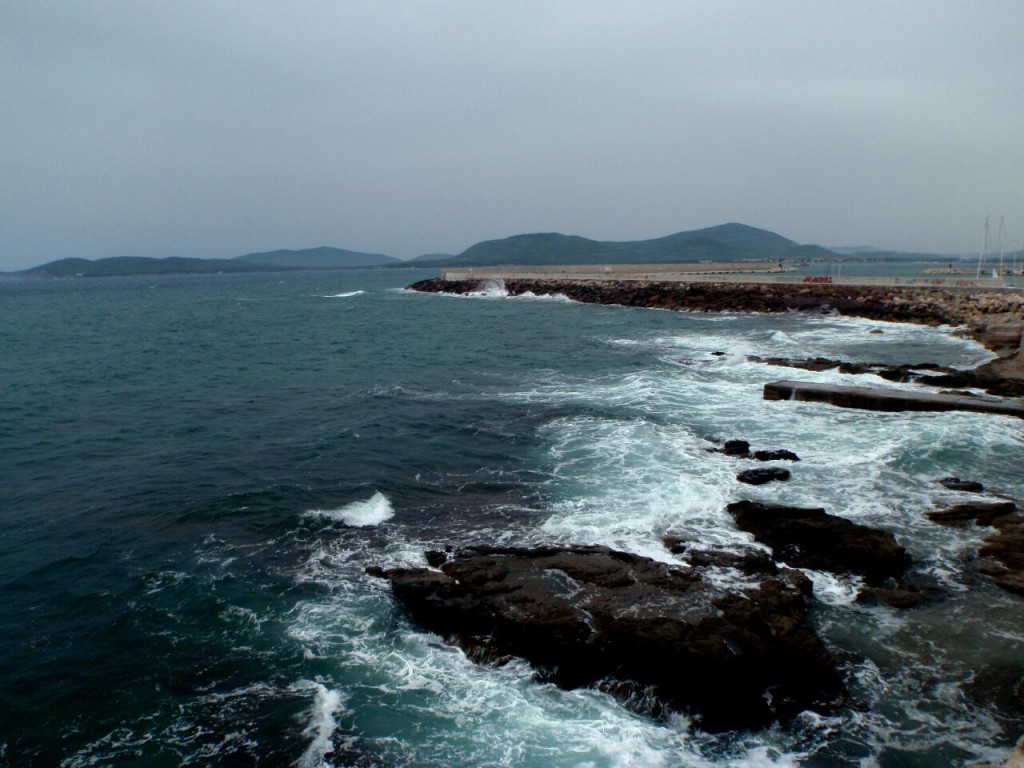 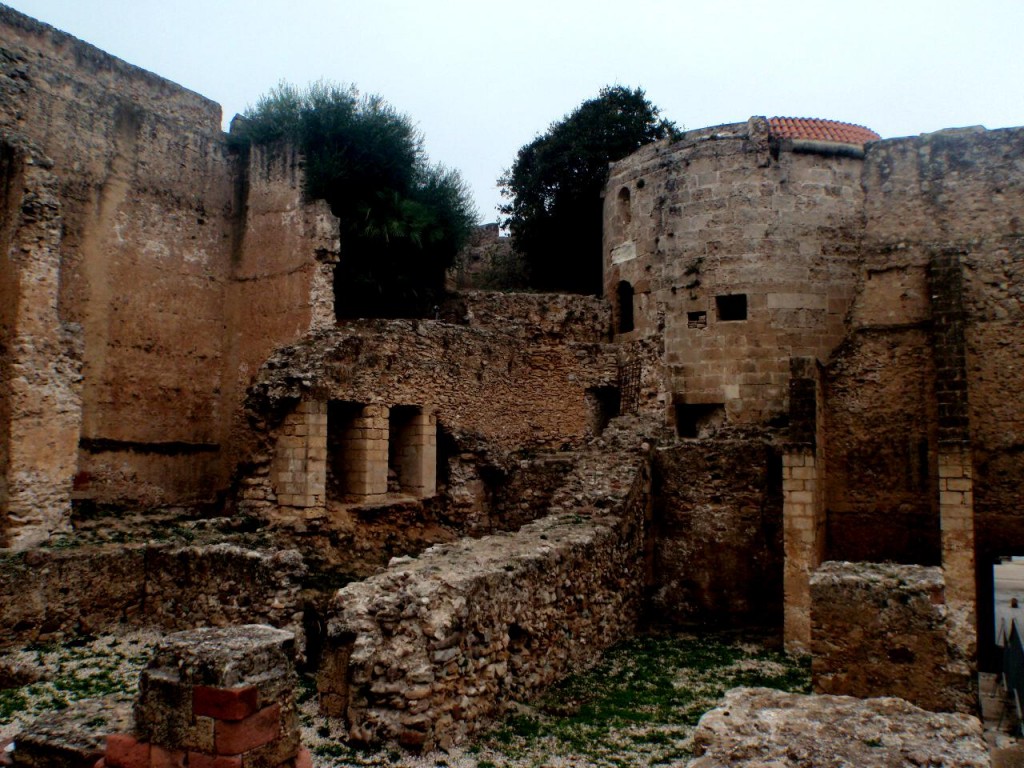 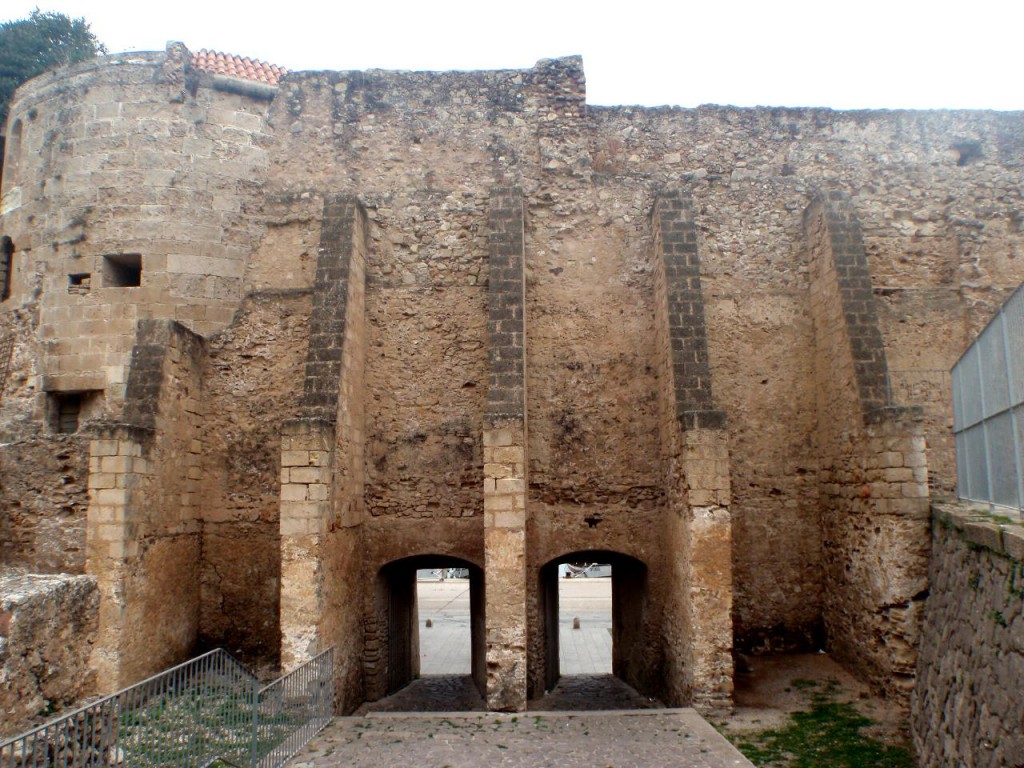 From Forte Della Madalenetta toward the yacht dock 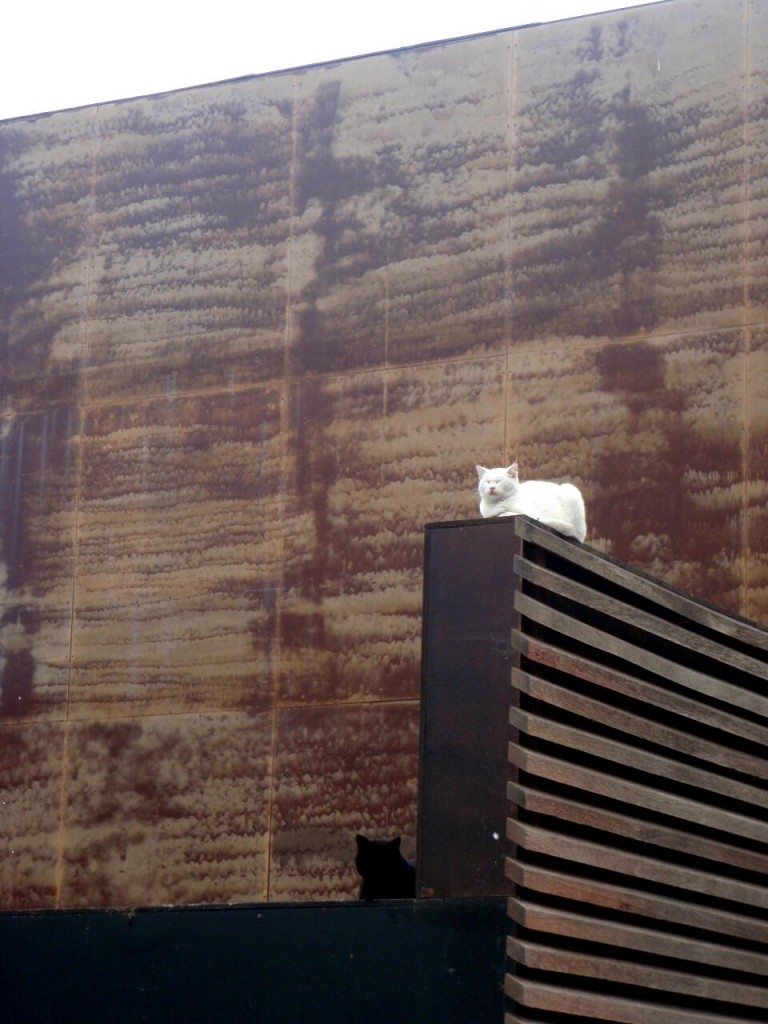 Even cats took some nap in the siesta time 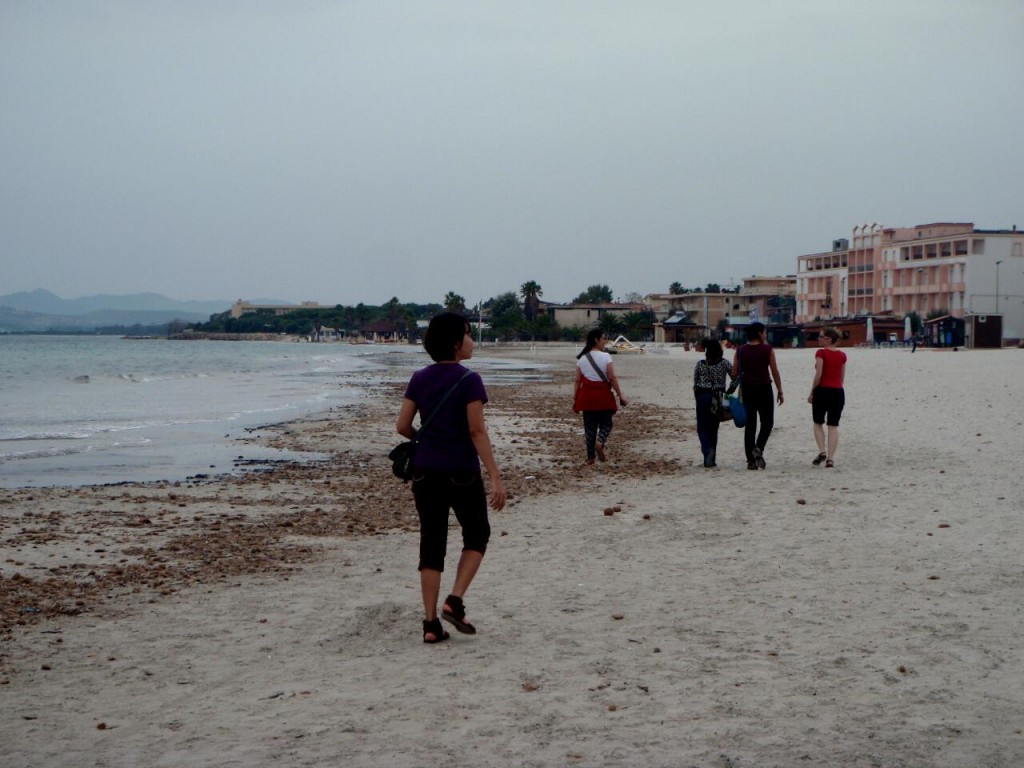 Strolling in the beach..

After a quick stroll in the beach, we went back to the old town. Stumbled on a candy store, which was too tempting for us. 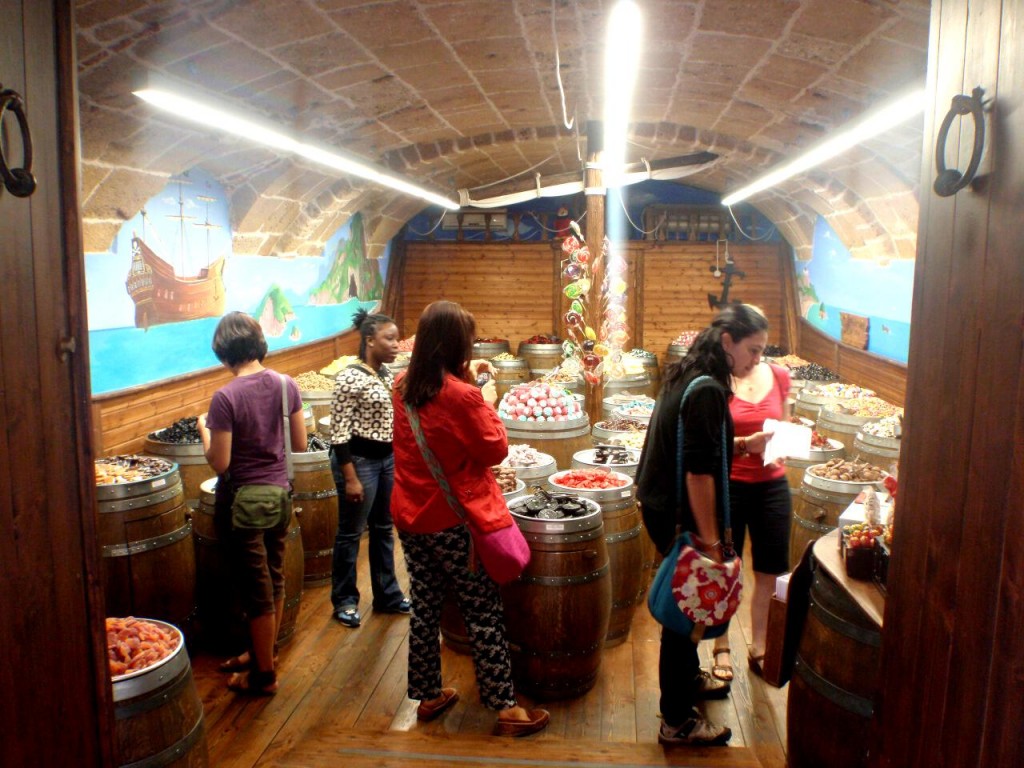 We passed by the Torre Porta Terra again and the bookstore was open but the terrace was not. So finally we went to a cafe near the park. We asked about a coffee-based beverage, of which I’ve forgotten its name, to the waiter.

“It’s amazing!” he said animatedly, eyes beaming and hands moving to express the amazing-ness. “It’s espresso with chocolate, cream, another layer of chocolate, and more cream on top of it.”

Oh yeah. Of course I ordered a cup of that. Martha ordered it, too. What we got were pieces of art: 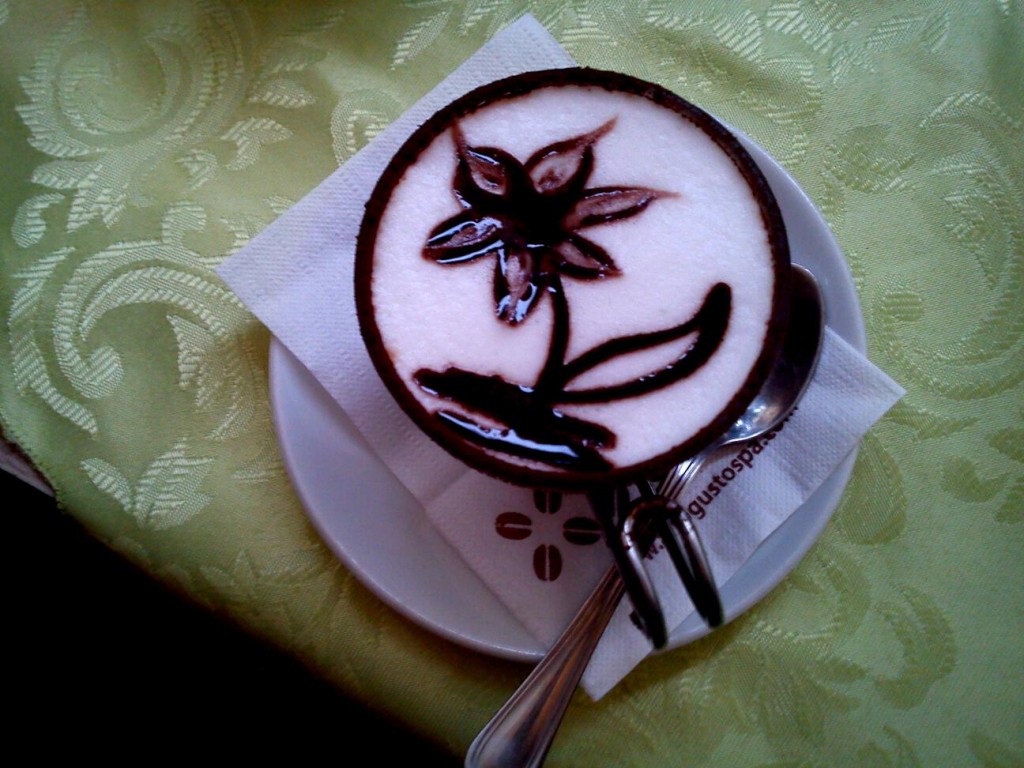 The coffee's too beautiful to be destroyed!