Ibu (mom) and I celebrated new (mainstream) year in the way Granadinos and Granadinas do. There were two choices, whether book an expensive table in one of the fancy restaurants/bars, or freely join the crowd to see the fireworks in the square in front of the Ayuntamiento — municipality — office. We chose the second.

We heard from our apartment’s very hospitable owner, Raul, that people in the city had the tradition of eating 12 grapes during the last 12 seconds of the old year. “If you manage to do so, you’d have 12 prosperous months ahead,” he said when we arrived at December 25th. (I found some countries also have similar tradition.) So I prepared 24 grapes in my purse that night, 12 each for Ibu and I — Ayah (dad) was already snoring before midnight.

We strolled downtown, only about 15 minutes walking to reach the Ayuntamiento. There were already more than a hundred people gathered in the square. 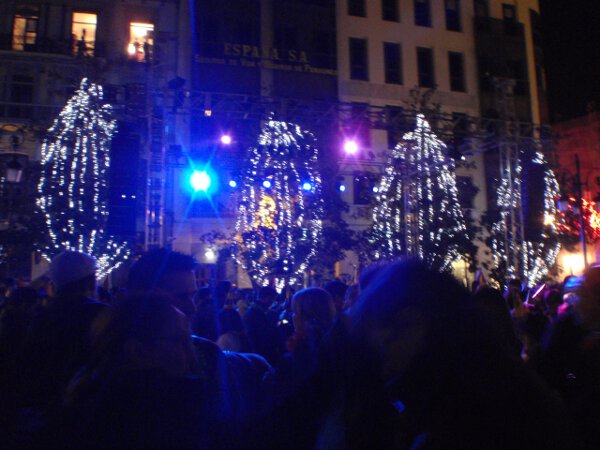 We took some pictures with the colorful city light decoration on the street by the square.

I saw a line queuing for something and decided to join. It turned out that the Municipality handed out hundreds of new year celebration packages in metallic paper bags! 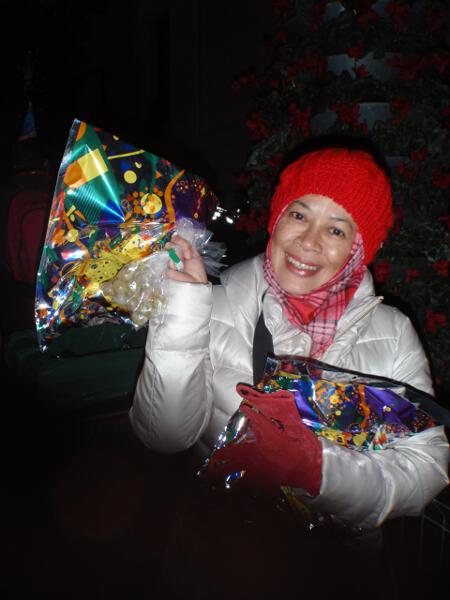 It contained a colourful cone hat, an eye mask, a plastic necklace, a balloon, a ribbon, and a rolled-thing-to-blow that I don’t know its name. Oh, and they also gave us each a plastic bag of 12 grapes! Haha. 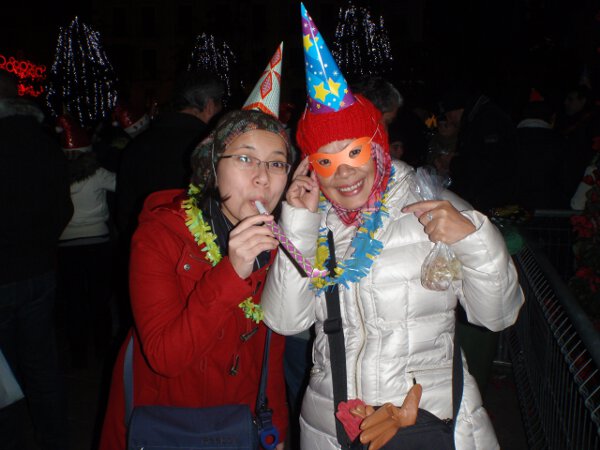 More and more people flocked in the plaza, donning their colourful accessories, and most carried a bottle of wine or champagne with glasses ready to be filled in. A lot of children were brought by their parents and families, we saw them running around, hopefully none got lost that night.

The Ayuntamiento played some videoclips about local music, tourism, and their local football team Granada FC, and projected them into the office’s facade. It’s pretty interesting. 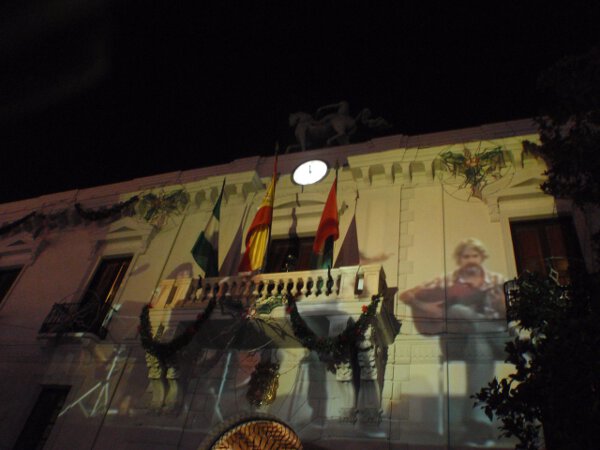 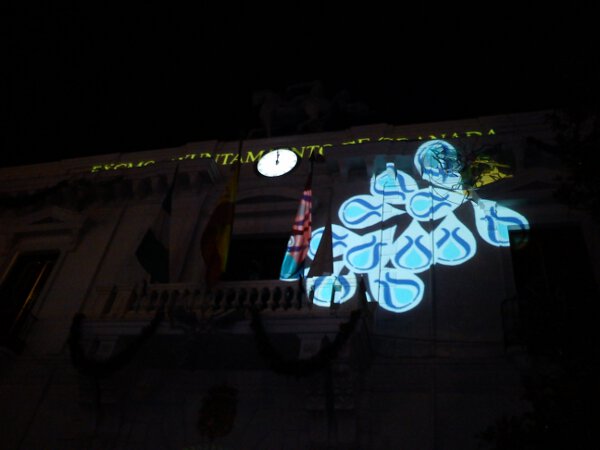 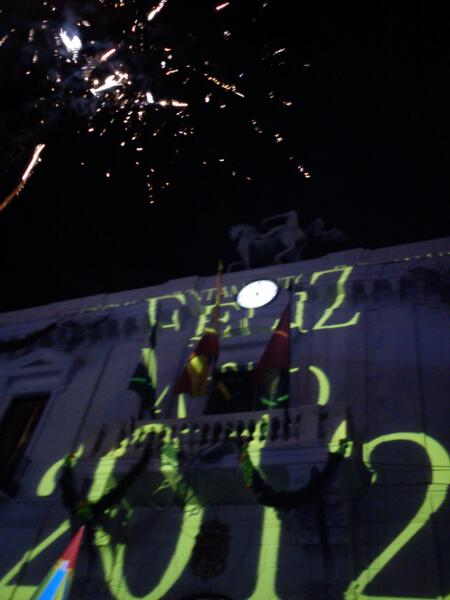 I found eating 12 grapes in 12 seconds was not easy, hahaha. I only managed to eat 9 grapes. Does it mean that my prosperity in 2012 will end at September? Well, at least I’ll get my birthday in the prosperous window anyway.. ðŸ˜€

Right at the 00:00, blasts of fireworks started to be shot to the sky. It was marvellous and beautiful! Until some of the residual ashes got its way to my eyes. Ouch. 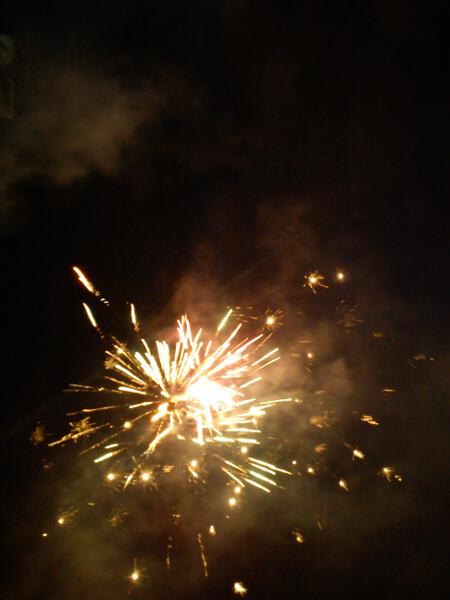 People opened their bottles and toasted the glasses. To a happier new year! 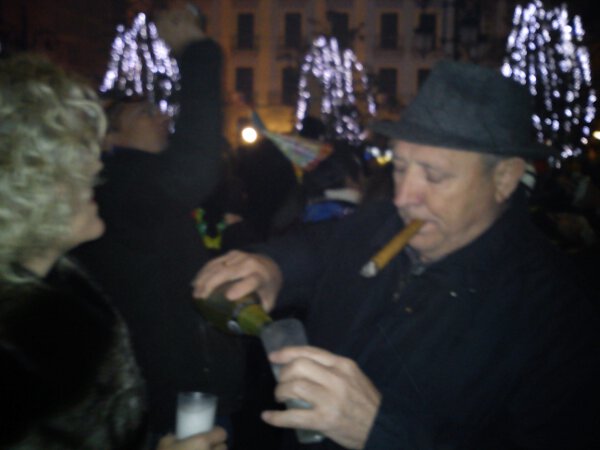 One minus point of the celebration was that the square and the streets became dirty with environmentally-unfriendly thrashes. That’s a new year resolution to be resolved by the municipality, hopefully. 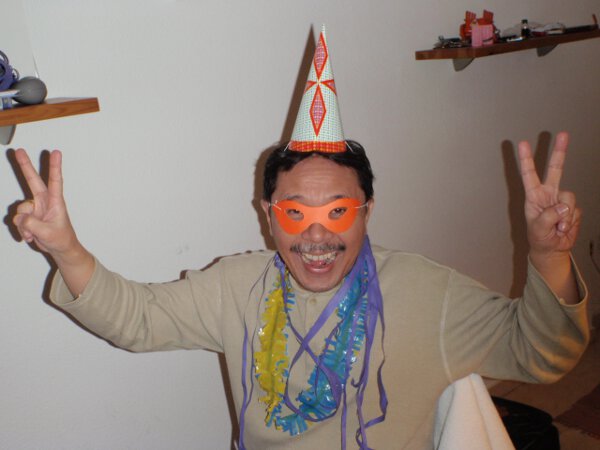 PS2. Now we’re back in The Hague after a tiring delayed flight from Granada that made us missed our 12.10 pm connection flight from Madrid to Amsterdam and made us had to wait in uncertainty to take the next flight at 15.50 (which was also delayed 30 minutes), and then another hour wasted to wait for our luggage. Thank you, Iberia (I’m being cynical, of course).