Because it’s not a zero-sum game 🙂 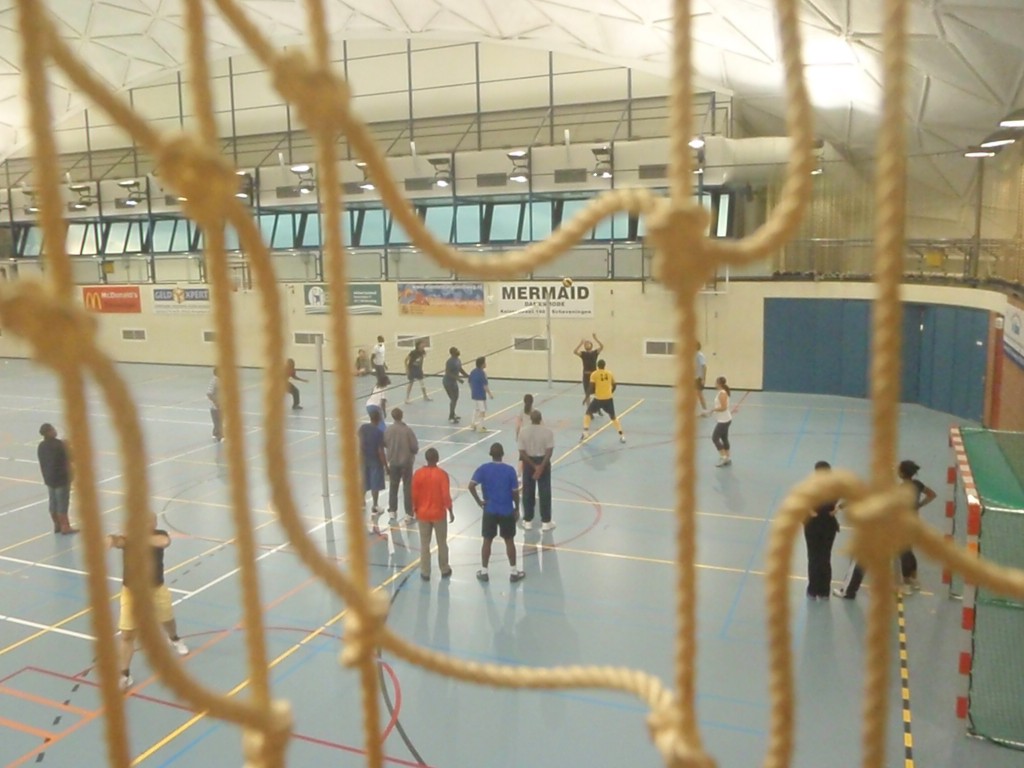 A peek into the volleyball match (which we almost won)

Today we ISS students have a sport competition in De Blinkerd between old batch and new batch — volleyball, basketball, badminton, and futsal. I was there to cheer but ended playing a few minutes in futsal… miraculously I did kick the ball several time. It’s been soooooo long ago when I last had proper sport.

The result? New batch won the basketball match.. but lost the others. (We almost won the volleyball match, by the way.) Well the old batch has been playing together for a whole year so I think it’s natural they won against us the unorganized newbies..

However I still feel very happy because:
1) I did some sports again! Yay!
2) I even tried to play badminton again (of course not in the real matches), although as usual I can’t smash the shuttlecocks;
3) We planned to train together, weekly, in the sporthall;
4) We biked to and from de Blinkerd (=7 kilometers), almost lost on our way back but we managed to find the right path again;
5) There was a pizza party in Dorus (one of the dorms) common room after it! Oh yeah, welcome back, calories!

Ok guys, please pray for me to wake up early tomorrow so I can catch up with the pile of readings! Good night! 😉