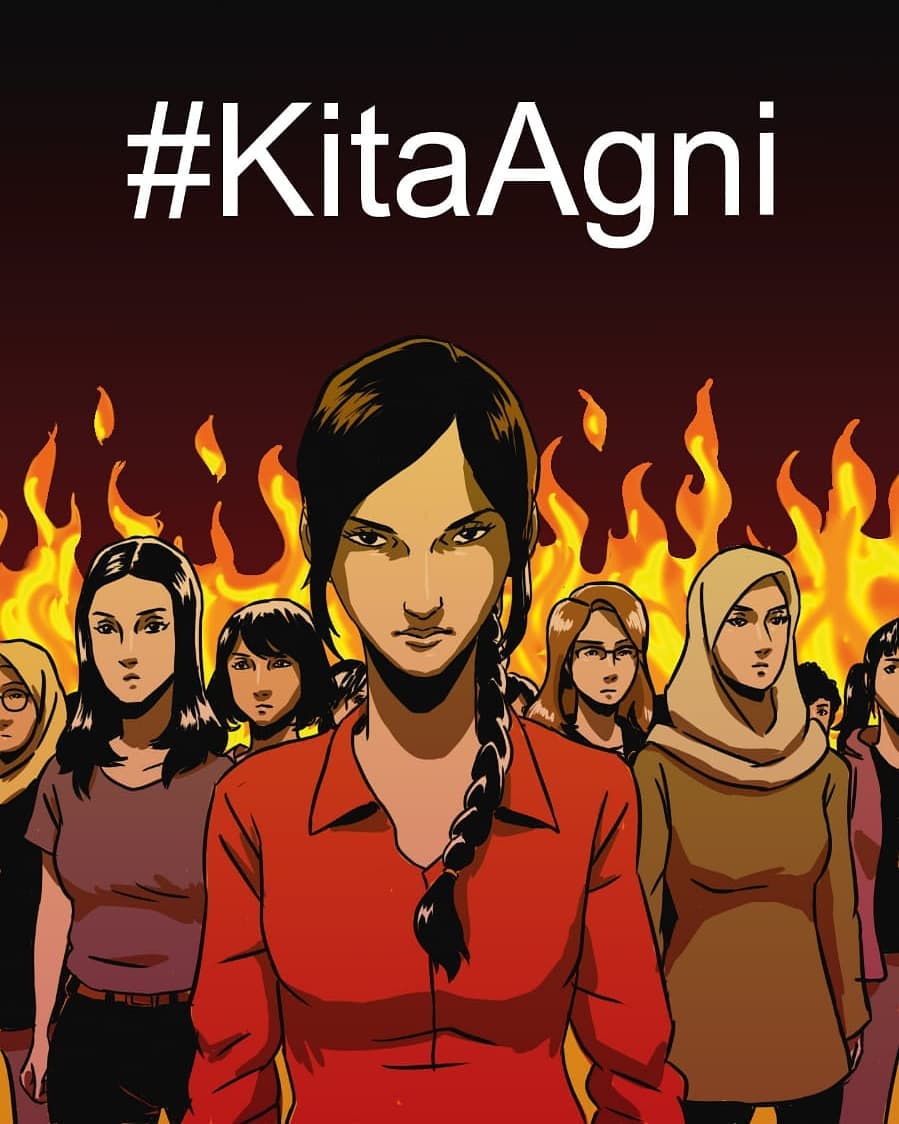 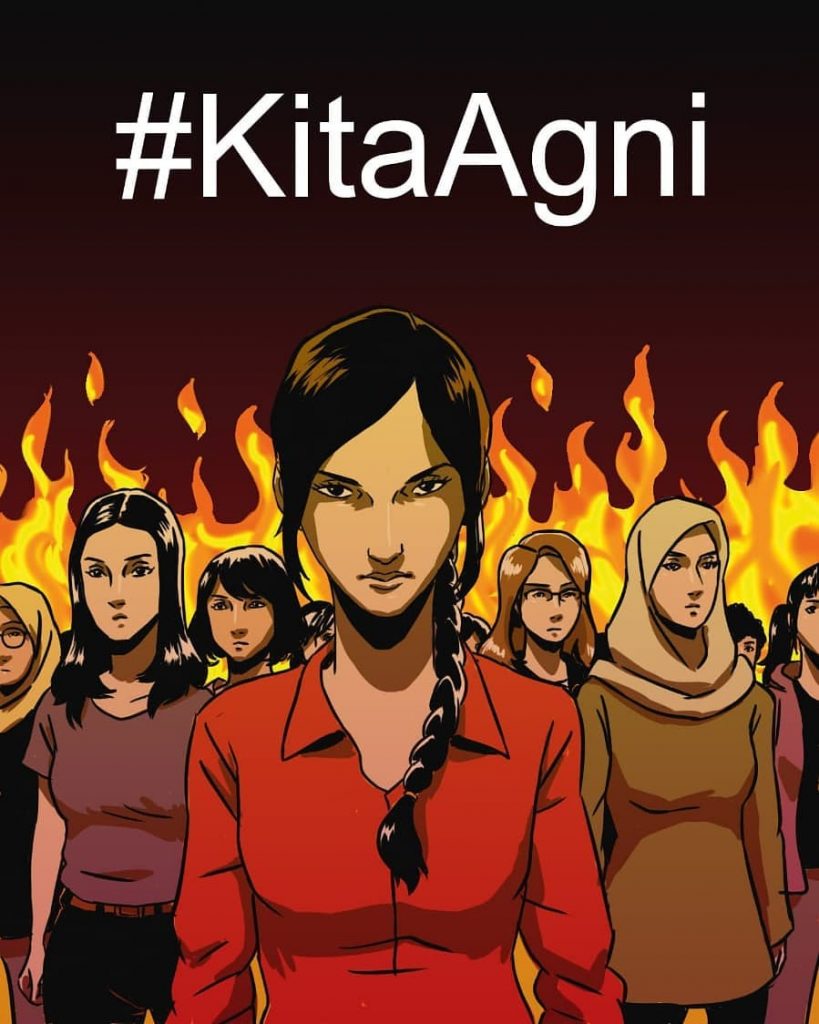 Last week, an article from UGM’s campus press Balairung Press went viral and opened the pandora box of sexual rape and abuse in academia. It spurred a #metoo moment in the social media for Indonesian women, who shared our stories of sexual rape and harassment.

Reading all those stories makes me very sad and angry, because they remind me of my own experience. Yes, unfortunately, like most women in this patriarchal world, I have my fair share of sexual harassment. Not once, but six times so far. (Catcalls are excluded because I can’t count them, too many and too frequent.)

My stories might be much “lighter” than other sexual abuse cases, and certainly not as traumatizing as rape cases. However, each experience disgusts me until today, because I cannot forget several trivial details, which are forever etched in my mind. Each experience pains me since I could not do anything when it happened, maybe because I was young and clueless, maybe because of tonic immobility. But what enrages me the most is the fact that in the past I thought perhaps somehow I was to blame, perhaps those were test given by God. I know now only the abusers are to blame for all sexual abuse cases. Not the survivors, not God (if you do believe God exists anyway).

I told these stories to my husband yesterday and even years and decades after the incidents, I still felt the rage and sadness I almost cried. I still feel it even now while typing all these words. I hope the anger and sadness will subside after I blog the stories – maybe I won’t, but at least I can vent it out. Somehow writing in English calms me down since it is not my vernacular and I have to think harder to write, so I chose not to utilize Indonesian in this post.

To all survivors of sexual abuse: we are strong and nothing can invalidate our stories. You can continue reading if you want to or leave if you feel like it. In the following paragraphs I will share about what happened to me.

To everyone else: do not ever tell me, or other sexual abuse survivors, to forget what happened or to move on. Because maybe we can’t, or choose not to because it fuels our rage that drive us to be committed to prevent such incidents to happen to others. And don’t say “but not all men” because all men should be responsible to dismantle the institutionalized sexism and patriarchy that gave way to sexual abuses, that makes some men feel entitled to opress and violate women and other marginalized people. Please read and listen, act with us and raise your kids to be better humans, to respect everyone.

My first experience was something that I almost forgot because it is the “lightest” of six and happened long, long time ago. I think it happened in the fifth or sixth grade in my elementary school in Yogyakarta. The phase when some girls started to wear trainer bras (miniset, that’s what we called them) or real bras, while the others still wear singlets. There was a male teacher who in class loved to put his hands on girls’ shoulders to check what kind of undergarment they wear, and then commented on them.

“Oh, you still wear singlet,” he said once while smirking, after putting his hands on my shoulder.

I frowned and did not understand why me wearing a singlet is important to be mentioned in class. He then continued his lecture as if nothing happened. Now I realize what he did was totally inappropriate and can be categorized as sexual harassment. I hope he never did anything worse to other students, but I guess I will never know.

The next incident happened when I was in my 10th or 11th grade in high school. Since the first day in high school, my seniors have warned us about an exhibitionist who roamed outside school to flash his penis in front of girls. One day, along with several girl friends, I studied nearby the multifunction hall for an upcoming quiz. The gate beside the hall was open. Suddenly a motorbike stopped at the gate. Curious, I took a glance for perhaps only a second and immediately regretted to do so. The guy on motorbike had his penis out of his pants. It was the first time I looked at a grown man’s penis and boy, it was not appealing at all: purplish, limp and seemingly wet. Ew.

“Don’t look at him and don’t panic,” said a wiser friend. “Pretend like we see nothing. He will love to see us panicking but we won’t give him what he wants.”

So for a few minutes that seemed to be ages we sat there, pretending like we were still studying. And then we walked slowly although we – at least I – wanted to run away as fast as we can.

The next three cases break my heart because they all happened in what muslims believe to be the holy cities: Mecca and Medina. It all happened in less than a month when my parents and I did hajj, the Islamic pilgrimage. I was in my early 20s. I wore hijab in all three incidents and I was always with other people. Frankly, I felt like it ruined my whole pilgrimage, which should be such a spiritual event. Now when I looked back into my memory, the strongest ones I remember about the pilgrimage are the harassment incidents. 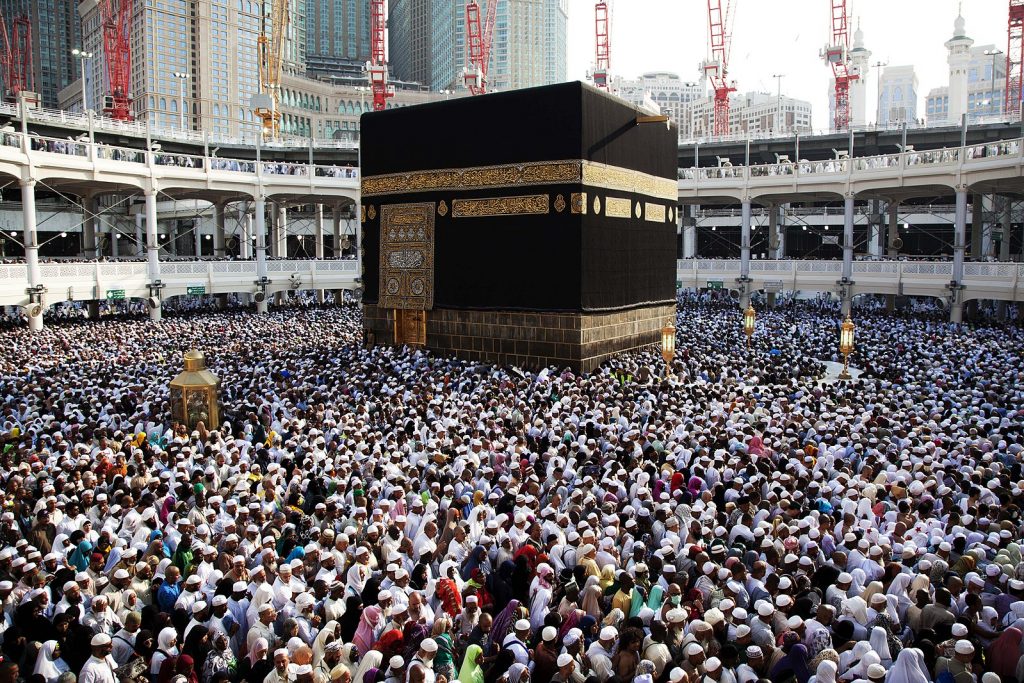 In Medina, I went to a souvenir store with a fellow pilgrim, also a girl in her early 20s. We were looking at beautiful prayer beads when the store clerks asked where we were from.

“Ah, memek!” one of the clerks exclaimed while grinning. He was short for an Arab man, with short hair and thin moustache.

Memek is a slang used by some Indonesians to refer to vagina. Not what we expect to hear in any store in Saudi Arabia. The clerk said it wrong, with “e” like in “her” instead of “e” in “Medina”. But we understand that instead of selling his merchandise, he chose to harass us. So we left (although not immediately because again we pretend he did not say anything) without buying.

Later, after praying in the beautiful Nabawi Mosque, with several middle age women in my pilgrimage group, I went to a store in the hotel arcade right across the mosque. I was looking at the merchandise when suddenly one of the store clerks walked to a point behind me, and then shoved his groin to my behind. I could feel his penis was erect beneath his long, white robe. I quickly walked to one of the aunts and asked them to leave the store together.

Alas, it was not the last harassment I get in Saudi Arabia. Mecca means Kaabah, the very point where muslims face while praying (shalat). One crucial ritual in hajj – and also in umrah – is thawaf, when pilgrims circumambulate the Kaabah. It is always crowded, 24/7, 365 ¼ days each year. My parents and I were doing thawaf when suddenly a big hand grabbed my right breast. I looked at the man beside me – tall, with large belly and thick beard on his face.

How could he do that, I thought. Right in front of Kaabah! While doing thawaf! Such a blasphemy!

But I could not say anything. I could only glare at him and he swiftly pulled his hand. He left the crowd. I continued my thawaf, unable to say anything to my parents. Reporting to the police? Huh, what evidence did I have? Would I be ready to face the fuss that may come if I dare to make any report? So I stayed silent. I did not tell my parents until more than a decade.

I could tell my parents about the verbal and physical harassments in Medina right away, but somehow, I could not tell them about the one that happened while doing thawaf in Mecca. Perhaps because it violated one of the most sacred rituals in hajj, maybe because I didn’t want them to feel like they failed to protect their daughter. Ibu and Ayah, you know you’re the best parents ever so no worries, kay. I love you always.

The last harassment happened in the last leg of my solo travel in Bosnia-Herzegovina. I’ve spent days in Mostar and Sarajevo, gaining great, rich memories I will always treasure. People were so nice and helpful along the way, except one person. A middle age man, a bit short, balding head, slightly beer-bellied. We sat across each other in the same train cabin, on my way from Sarajevo to Zagreb. Wearing t-shirt and short pants (not too short, only a couple cm above my knees), I was reading a book when he tried to start a conversation. He said something in a language I don’t understand, perhaps Bosnian. He tried another language.

“Sprichst du Deutsch?“ he said in German. Do you speak German?

He continued speaking in German. He pointed at a birthmark on my left knee. Then he touched it.

“Don’t do that,” I said, brushing his hand aside.

What he did next was grabbing my crotch. I was petrified. It only happened for a few seconds because then he pulled his hand and smiled.

I glared at him, but I still don’t know why I did not leave the cabin. I stayed there, sitting and pretended to sleep. I can hear him calling someone on his phone and said, “Assalamu’alaikum.” I don’t know whether he is a muslim or only calling a muslim friend, but at that moment I thought he was a muslim Bosniak. I felt so betrayed – as a woman, a muslim minority in Europe who wished for other muslims to protect me, but turned out a muslim man harassed me instead.

He left the train after several stations and only afterward I could leave and find another cabin. I chose a cabin with several people in it. I did not say a word and none of them said anything to me until I reached Zagreb.

So that’s all. Phew. I do feel better after typing my longest blog so far. Thanks for reading this post. I hope you don’t have to face any kind of sexual abuse, ever.