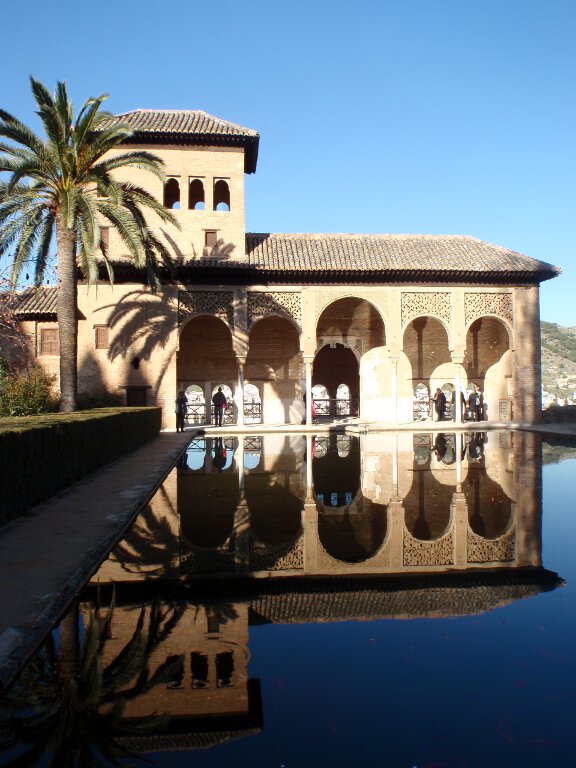 It’s still autumn in Granada! Went through a park on my way to the supermarket, so happy to see trees with leaves there. The leaves were already brown in colour, but at least they’re still attached to the branches. Unlike the ones in The Hague.

It’s a proof that the Mediterranean is indeed warmer than The Hague.. Although perhaps it’s another sign of global warming. Ah well. I’m just glad to have warmer temperature (9 degree Celcius this morning) with almost no wind — again, so unlike the freezing wind of the Netherlands. The sun shines brightly today and I gladly soaked myself into its warmth whenever possible. 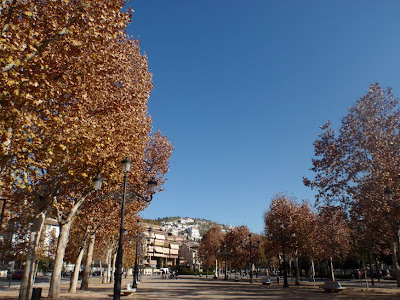 Anyway, we (read: my parents and I) decided today to be orientation day, when we should roam the city freely with only two objectives: picking up tickets for tomorrow’s visit to Alhambra, and find a supermarket to buy some groceries.

We picked up the tickets from Libreria Alhambra, the official shop for everything Alhambra. There were so many interesting things but I fixed my gaze upon a wall of beautiful, picture-perfect postcards. It was pretty cheap, 0.5 euro for regular-sized postcards, 1 euro for each bigger, square postcards (about 20 cm x 20 cm), and 2 euro for the panorama ones. I bought five postcards. 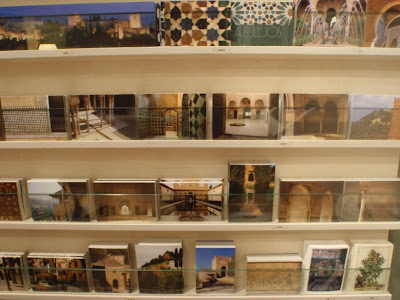 But then about a hundred meters away from the shops, there were lots of smaller souvenir shops which sell the same postcards half the price. Damn. There were even postcards of lesser quality, but stil picturesque enough to send, priced only 0.15 euro each! The cheapest postcard I’ve ever seen in Europe, they were. So if you happen to visit Granada and you’re a cheapskate like me, make sure to buy your postcards outside the Libreria!

We rent an audio guide from this.is: granada for 15 euro in a stall near the Plaza Nueva. It’ll be our private guide for two days.

After securing the rental, we made a quick stop to satisfy the sweet tooths at Rey Fernando. The hot chocolate drink is truly delicious! It’s thick, creamy, not too sweet… perfect for my mom who was feeling a bit unwell (the warm weather for me, unfortunately, is still too cold for her). We also tried their signature cake (yummy chocolate mousse with cranberry, apple, cinnamon, covered with dark chocolate) plus cream pie with hazelnuts (which was also heavenly). 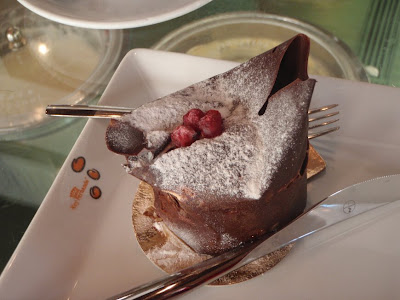 On our way back to the apartment, we passed some touristic sites and tried the audio guide.. then we realised it’s in Spanish, not English. Argh. No entiendo! So my dad had to walked back to the this.is stall to switch for the English, but the stall was closed for siesta from 1pm to 5pm. Ah, Mediterranean way of life… He walked back there once again and after queuing for an hour, the officer told him to simply enter a three-digit code before pushing the buttons. So much work for a 15 euro-priced audio guide.

In the mean time, here are some images of Granada we captured today:

Hopefully tomorrow will be a great day, we’re going to the oh-so-famously-beautiful Alhambra! 🙂 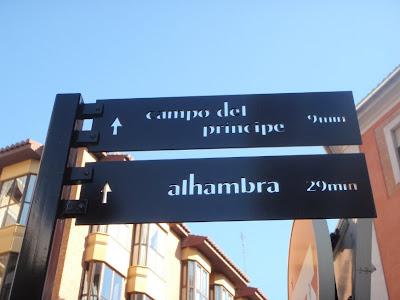