The three-days excursion to Berlin was a blast! My mission was to meet three old friends: doctor Nandyan, a friend from the English course when I was a high school student; Andrea, a friend in college; and Mbak Ana, a great journalist from Kompas who taught me loads of things during my days in covering law news. (The side mission was of course to explore as much of Berlin as possible, of which I’ll blog about it later… 13 years ago I went to Germany but only visited Aachen and Heidelberg, not Berlin.)

Too bad Andrea couldn’t come since she’s living in another city and was busy. But I also had the golden chance to meet two more old friends: Paula, the uber-cool Irish girl working in Transparency International secretariat; and Mas Yudi, an Erasmus Mundus scholar I’ve met previously in Jakarta, who’s now pursuing his master in the same place with Nandyan.

Mbak Ana’s having a short course on journalism in Berlin until November 30th, so I decided weeks ago to meet her before she went home. Originally I planned to travel to Berlin the weekend before, but I didn’t want to miss the ISS International Day — yeah I’m greedy — so I postponed the flight ticket.

Anyway, Nandyan’s officially my hero now since I was staying at his apartment for two nights for free (haha) and he accompanied me on my ambitious tour of Berlin. It’s amazing to remember how we first met each other back in high school heyday, forming a weird, close-knit group of teens with very different personalities, with Lili, Bagus, and Ericko. We met about eleven years ago, and we last met perhaps four or five years ago. I owe him so much for the wonderful weekend! 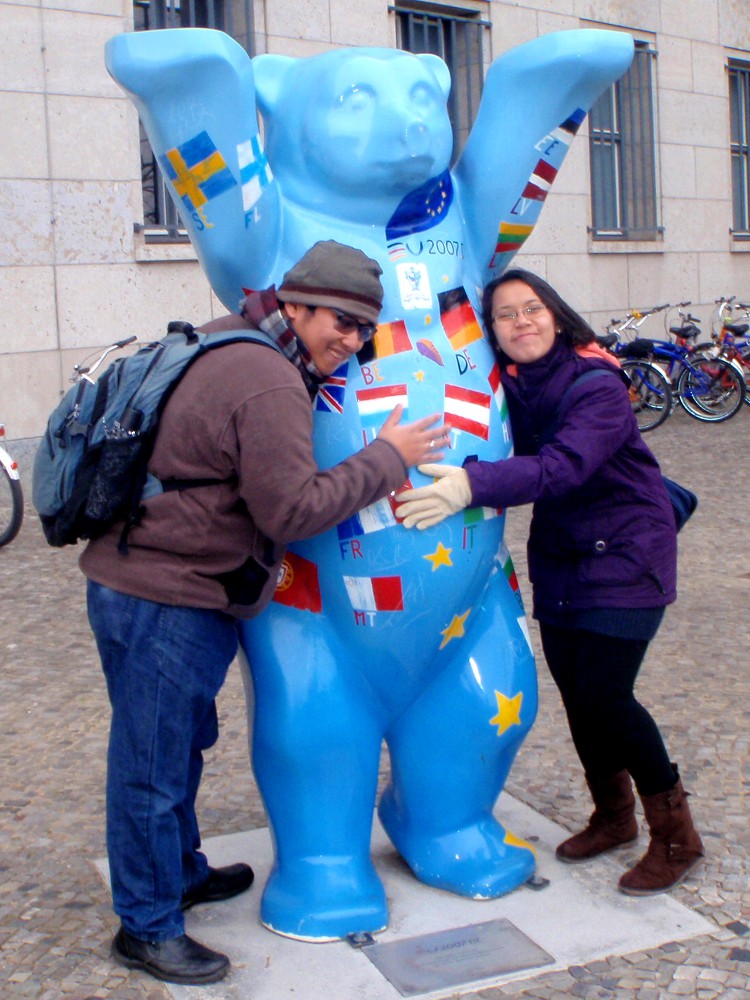 Two hugs for the blue bear

On my last night in Berlin, Paula took me to a very cozy, a bit hidden cafe named Hotel — quirky eh, a Hotel Cafe — near her place in Kreuzberg. I first met Paula in the 14th IACC in Bangkok last year, and then again in the 2nd GYAC Forum in Nairobi earlier this year. She joked that we met every six months although it’s totally unscheduled, so perhaps for the next six months, we’re going to meet again somewhere, somehow.

Later Mbak Ana came after being fetched by Nandyan in a U-bahn station. Yay, finally we met again! Seeing her made me miss the days when we covered law news, particularly the ones in Supreme Court and Constitutional Court. I couldn’t survive without her expertise. Thank you, Mbak Ana! ūüôā 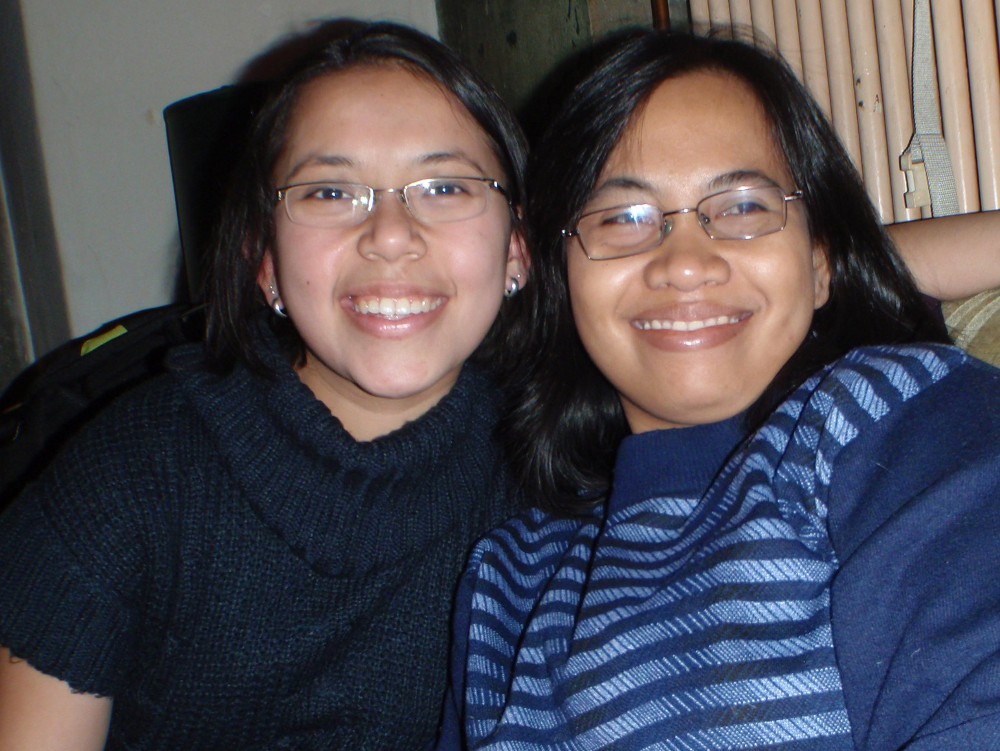 The one who taught me much about law reporting

Mas Yudi is another story. I met him once in the Erasmus Mundus scholarship recipients reception in Jakarta before we all departed to study. Little did I know that he’d be a classmate of Nandyan. Yeah, the world’s so small now and it’s shrinking! Anyway, as a doctor, he worked at the Mťdecins du Monde and Universitas Indonesia, allowing him to travel around the globe (like Liberia etc) and explore Indonesia as well. He’s someone who, Nandyan said, has the crazy ability to play as hard as he work. 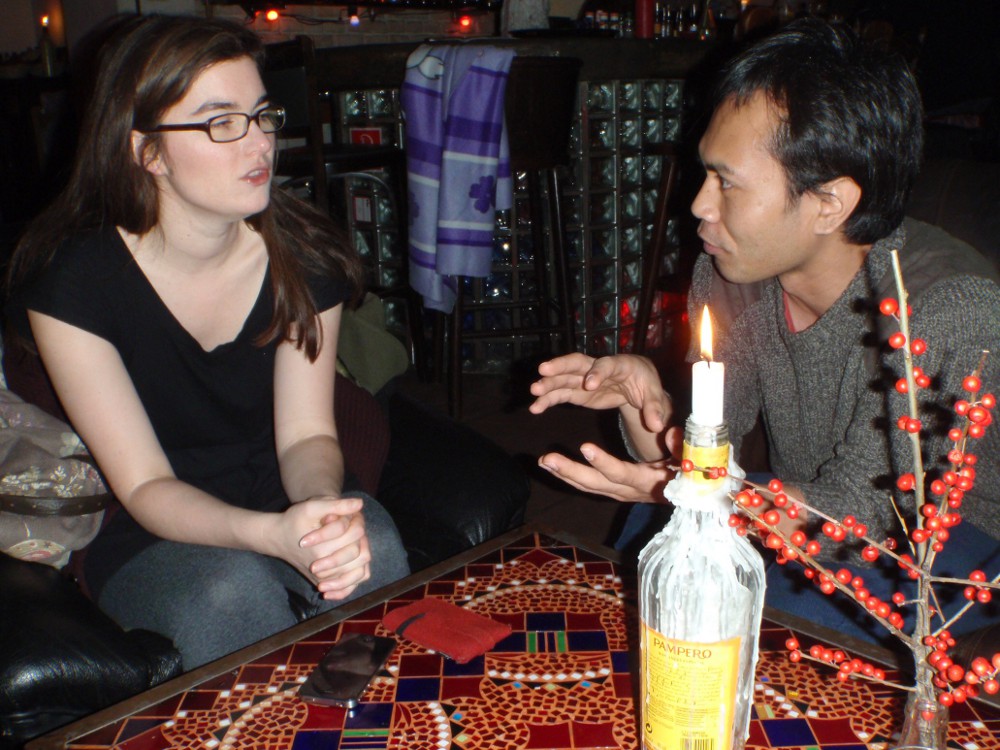 Paula and Yudi discussing the future of the world

After Mas Yudi came, we moved to a restaurant, Room 77, which according to Paula sells one of the best hamburger dishes in the city. Even better than White Trash, which is highly recommended by Mas Yudi. The hamburger was great, juicy, with no pork, and the portion’s huge so I shared it with Mbak Ana. Nandyan ordered the Firecracker burger, one with jalapeno and chilli, of which he said was truly hot, unlike the usual European kind of hot level (which is really, really low compared with Indonesian’s hotness).

Too bad we had such a short meeting since I had to rush to the Tegel airport for my flight. But an amazing night with old friends is the best ending of my visit in Berlin. Will definitely come back one day! 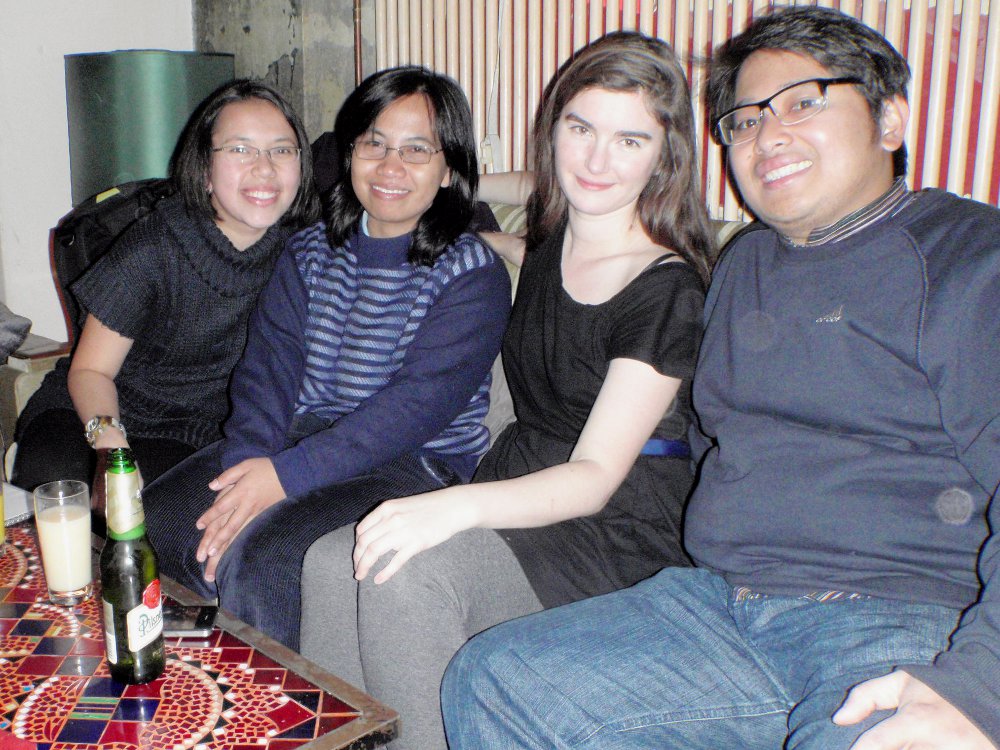 Me, Mbak Ana, Paula, and Nandyan