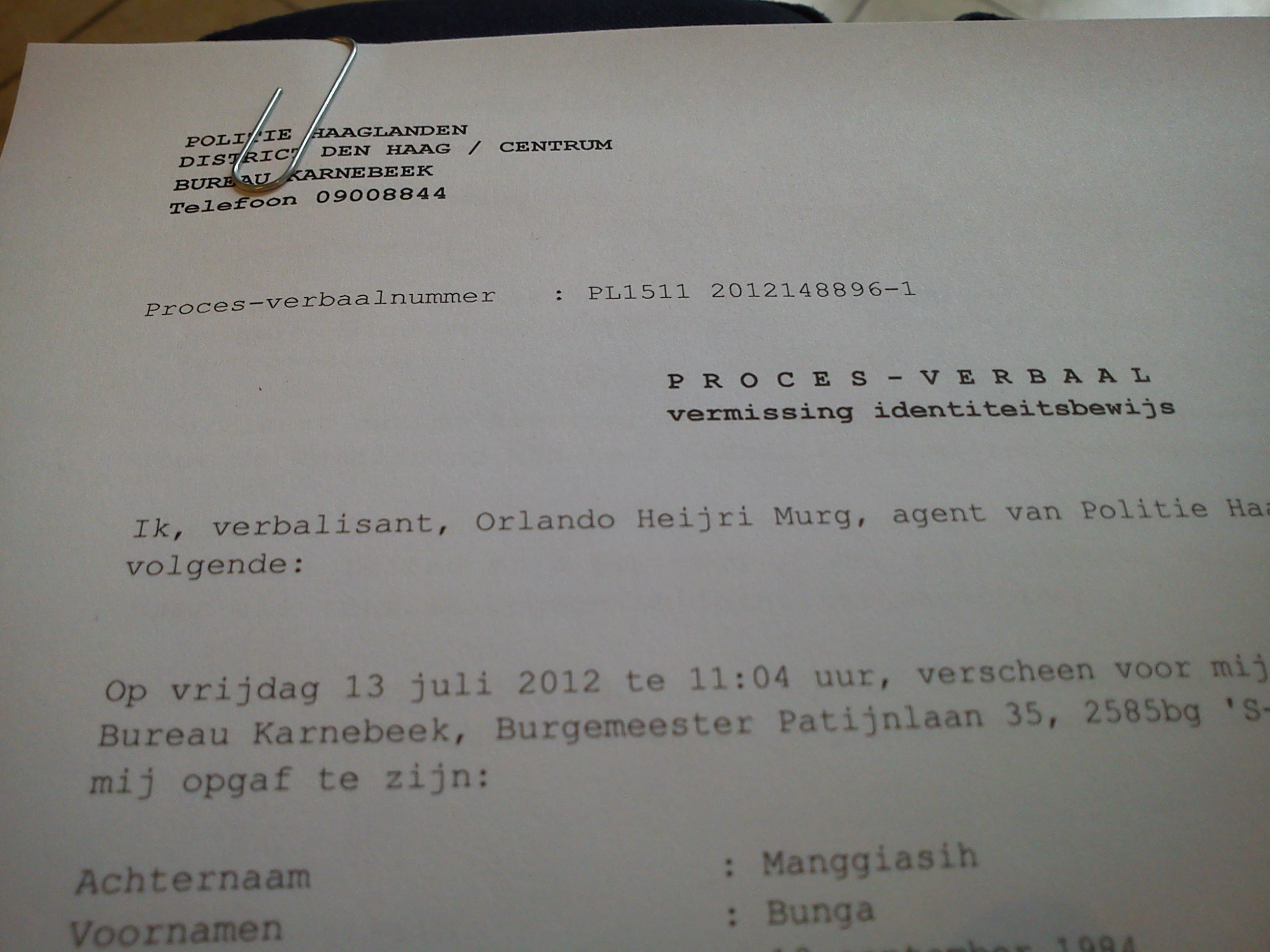 I lost my passport. Don’t ask me how as it’s still a mystery for me. Kind of.

The biggest problem was that I realised the loss at 3.30 am, when I was going to the train station of The Hague, ready to go to Amsterdam to catch the first Vueling flight to Barcelona. And it was a Friday, meaning I only had a day to get a new passport, or I would have to wait until Monday and miss the first day of the summer school.

I felt like my heart fell into my stomach. I biked to the train station anyway, hoping that the passport is somewhere inside my big backpack. In the train, Iva helped me to pull things out of the bag to look for the passport, but to no avail. So I jumped out of the train (nothing dramatic, it was still at the station), put the big bag inside a locker, and biked back to the dorm through the chilling rain (no summer yet in The Hague, by the way).

As the day before I went to the library, I thought that the passport was lost there. It would only open at 9.30 so I decided to sleep for a while after texted some friends to ask the number of an Indonesian embassy official, in case the passport would not be in the library. And it turned out to be not in the library at all, so I contacted the official and told about my misfortune and the need to be in Barcelona in the same day. He advised me to see the Immigration attache as soon as possible.

The rest of the day was spent with biking here and there to sort the problem. Never before I pedalled my bike that long and that fast.

I went to the embassy but the attache was out in a meeting, and his staff told me that first of all, I should get a letter from the police. I went to the police office — happy to see a free coffee/tea/water machine for those who were waiting there — and an officer asked a few questions in 15 minutes before giving me the letter. 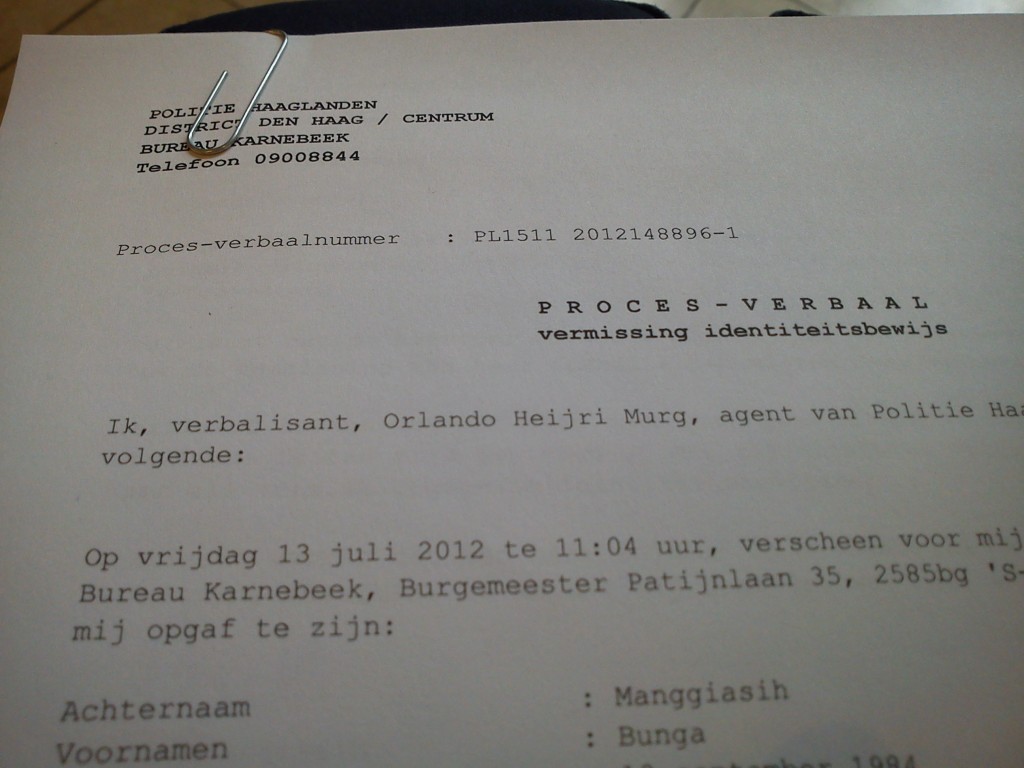 I biked back to the embassy, submitted an application form with the letter, and paid 50 euro — it was the official fee and paid with debit card — for the new passport. The immigration attache told me that in average, there had been lost passport reports/cases every week. “Indonesians were also easy targets for thieves since we tend to think Europe is safer than our country, so we relaxed our guard… but sadly, Europe is not that safe at all,” he said.

The good news was that my passport would be available that afternoon at around 4.30. The bad news, I still had to get a new residence permit (as it was also lost along with the passport) from the Dutch immigration. And I had to get a passport-size picture and a copy of my birth certificate for the application.

I went to the station to get the picture (it was in my big bag), to the dorm to get the birth certificate, then to the campus building to make a copy of it and to have some lunch. I was starving after being stressed out and biked so much.

Later I went to the Dutch immigration office to take care of the residence permit thing, but they needed the passport while the office would close at 4 pm (it was already 3 pm). They advised me to go to another immigration office in Rijswijk, which closes its doors at 5 pm in Fridays. So I rushed in to the embassy, wait another half an hour for the new passport, and holding the still warm passport in my hands, took the tram to Rijswijk. I arrived at 5.10 pm and of course the office was already closed, too.

Not wanting to miss a weekend in Barcelona, I decided to buy a new ticket for the last Vueling flight that day, risking the possibility the immigration in the airport would bar me from entering the plane… The one way trip cost me the same money for a roundtrip ticket, damn. Thanks to my dad, I paid it with his credit card, printed it in the campus library, went to the train station, and off to Schiphol. My passport was only checked once in the security check, and thanks God, no one asked for residence permit.

At around 1.30 am, finally I reached the apartment that Iva and I would be staying for the week. Exhausted from the day-long drama, I slept like a baby. And I’m glad I’m here in Barcelona now. 🙂