The Netherlands celebrates Koninginnedag, its Queen’s Day, on April 30th. It is the birthday of the previous queen, Juliana, since Beatrix’s birthday on January 31st — festivals in winter is apparently not fun enough for the Dutch people.

Towards the day, the small country without cabinet (hehe) is drenched with orange frenzy. The royal colour hits every shop window, stores, Dutch website, schools, and offices. ‘Every’ might be an exaggeration, but you know I mean, don’t you? 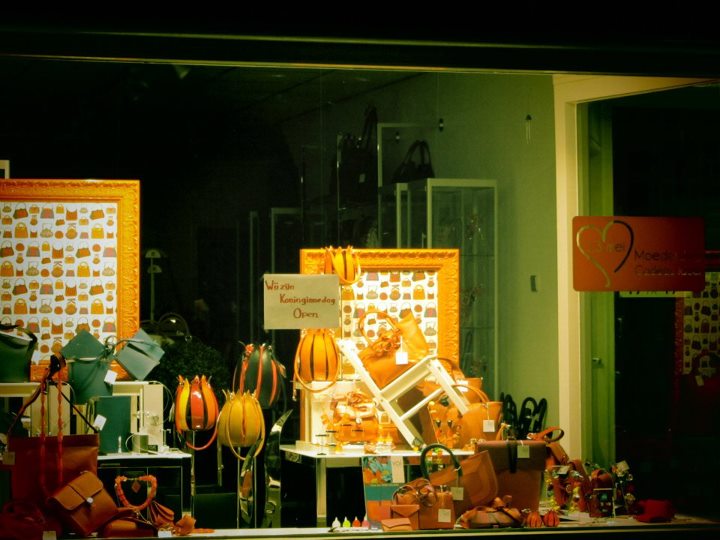 A super-orange shop window of The Hague.

I feel uncomfortable to wear orange and celebrate the day, since the Dutch Queen is definitely not my queen (not that I believe in monarchies anyway) and the colonial wound is haunting me (centuries of colonisation, uncountable casualties, slaughters, and loss, the fact that the country until now still formally believes it gave Indonesia the souvereignty in 1949 and not recognising Indonesia’s independence in 1945, plus that the Indonesian government in its early day had to take over 4.3 billion guilders of Dutch East Indies government debt, ring a bell?).

Maybe I’m just over-sensitive. But I refused to don my orange clothes in those two days, albeit still excited enough to roam the city with some friends to see the celebrations, hahaha. On April 29th, on the so-called Queen’s Night, there were several music stages set in The Hague. Went across some of them but since we didn’t understand Dutch and didn’t recognise the artists, we stayed just for a while before going to other part of the town: fairgrounds. 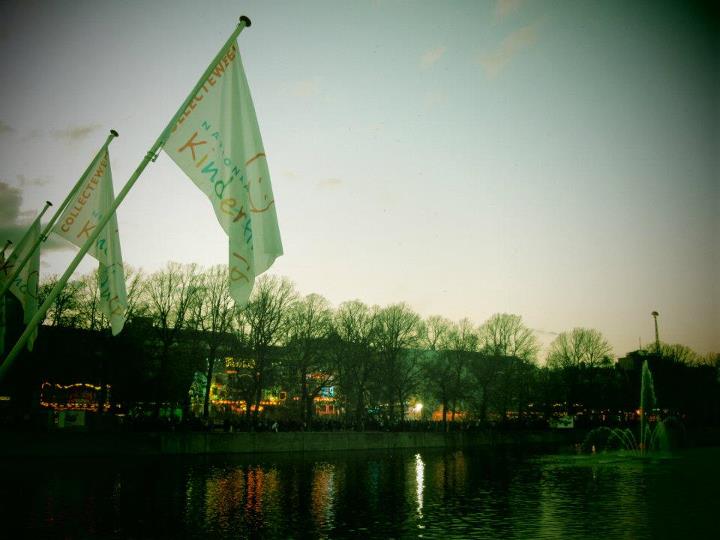 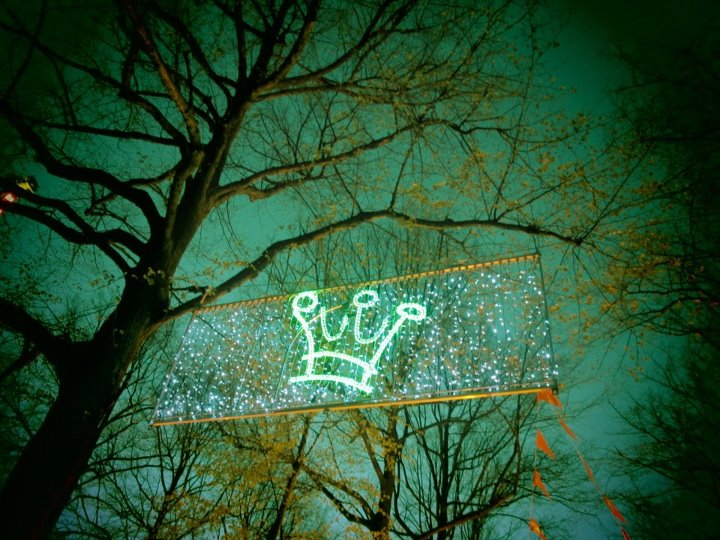 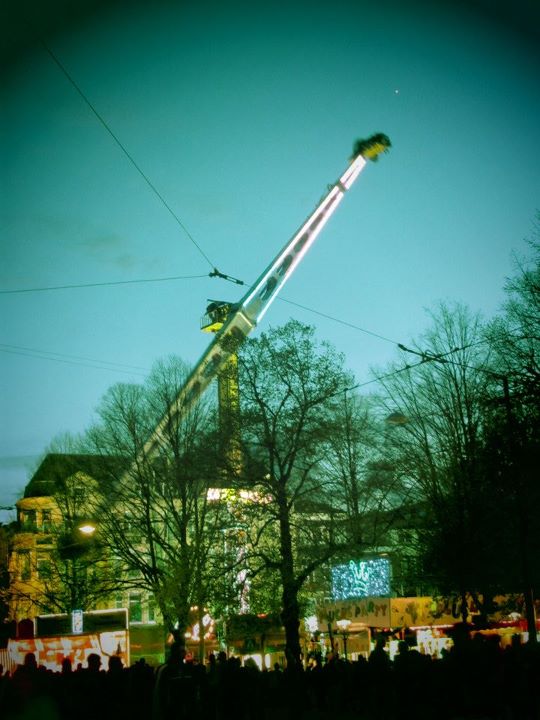 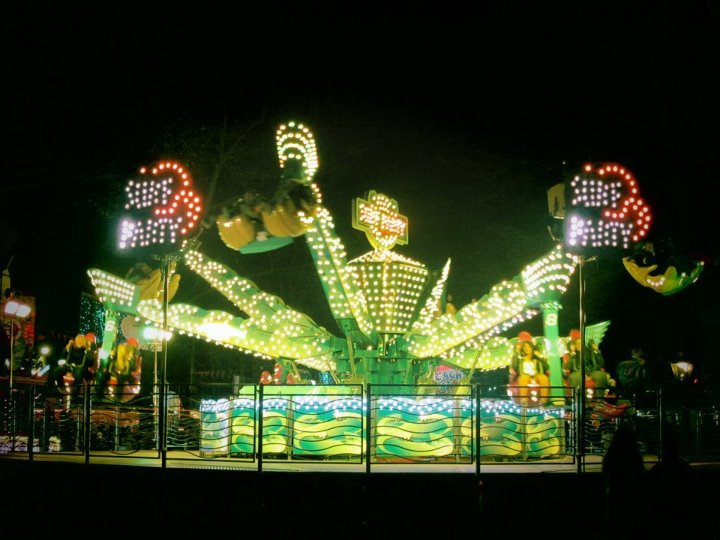 We were (at least I was, and I still am) somewhat broke so we didn’t buy anything that night… 😀 By the way we came across a screen which aired the picture of people passing in front of it. Kinda cheesy but it’s nice… 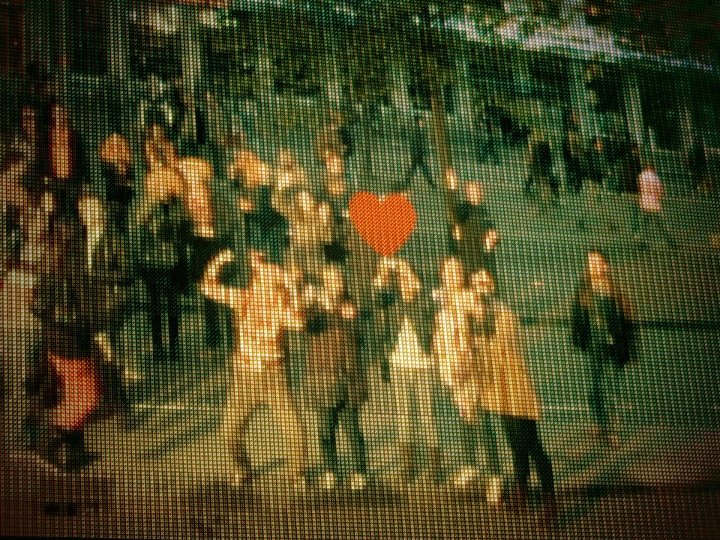 The next day, some friends went to Amsterdam where the ‘real thing’ is happening, eg. flea markets and loads of gigs, but since 1. I was on the edge of poverty so no matter how cheap things are, I wouldn’t buy anything; 2. I was not in the mood to see so many people in a day; 3. I didn’t want to travel by train and spend more money; I stayed in The Hague.

With Gina, Tina, Bang Doan and his wife, I took a boat ride through the city’s canals, which was interesting because we could see the city from a different perspective, ducked under really low bridges, and found out that the water didn’t stink at all (unlike the sewers back at home, hahaha). The boat operator was kind enough to let us stay aboard for almost an hour while we paid only 4 euro, which was the cost of the normal 25 minutes ride. 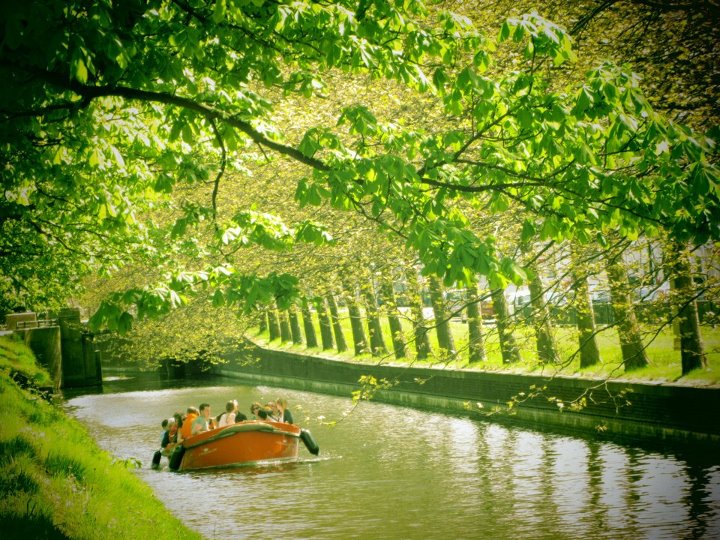 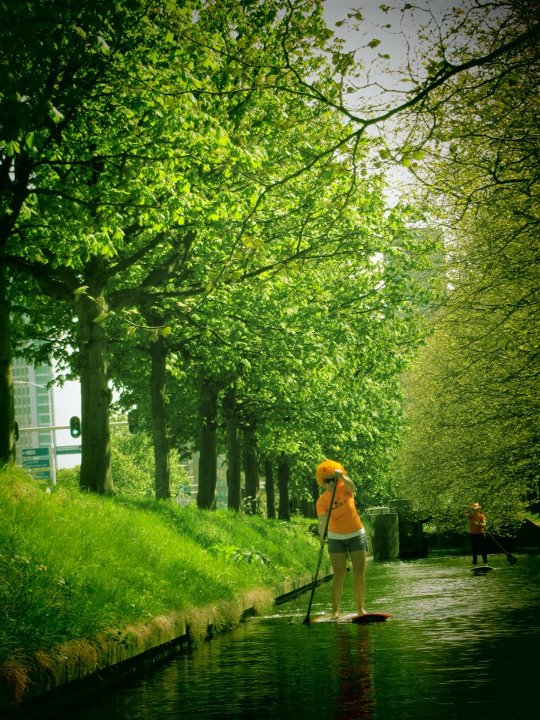 Some people just stood on the surfboards and paddled through the canal, still in orange, of course. 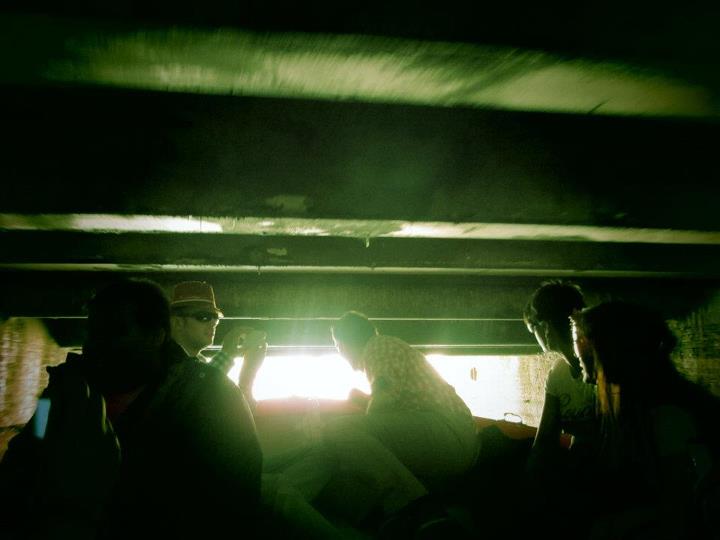 Duck or get your head hit by the concrete! 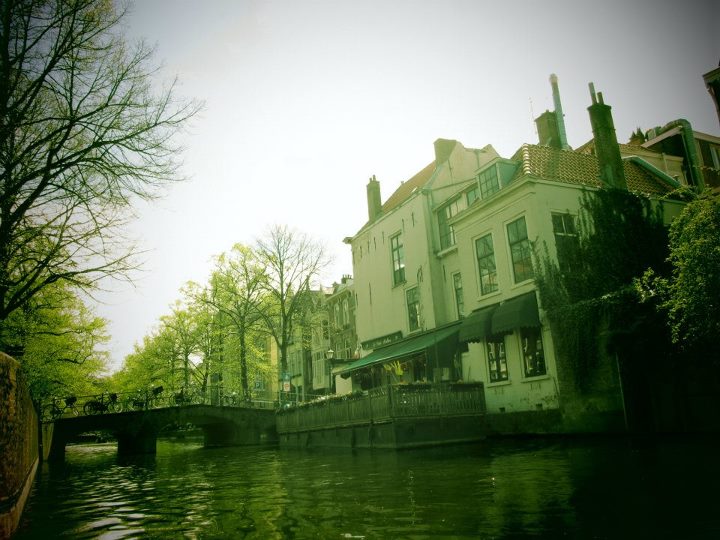 The view from the boat. 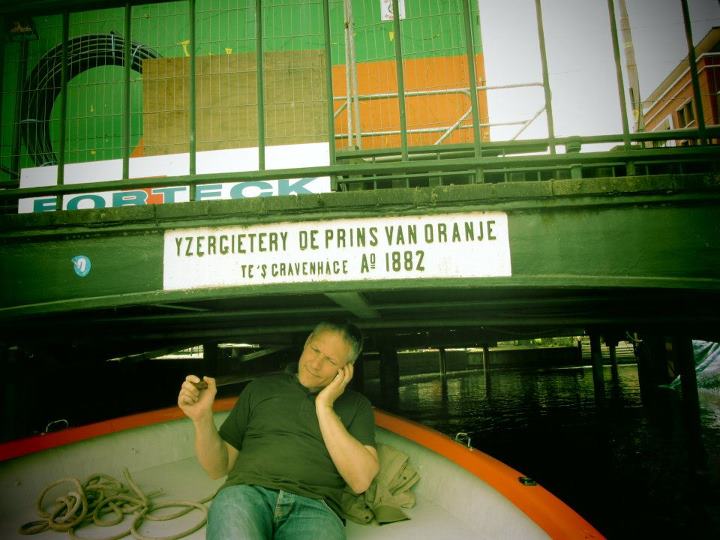 The boat operator, as we passed under the bridge near my dorm (never know that it’s as old as 1882). 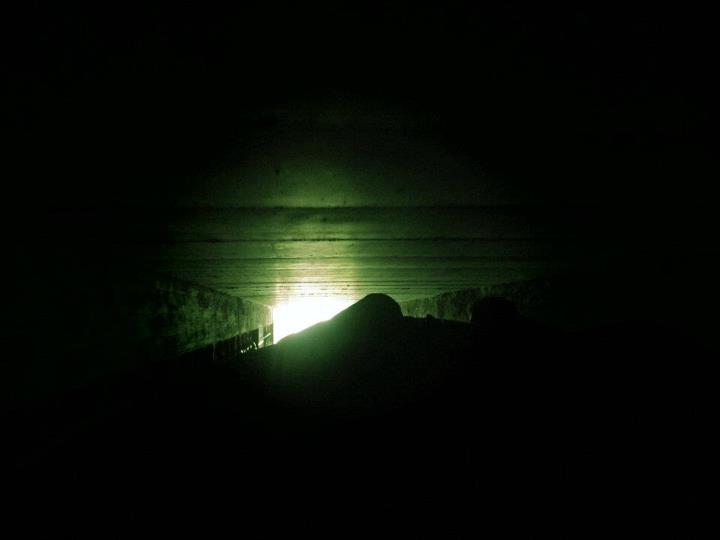 The light at the end of the bridge. 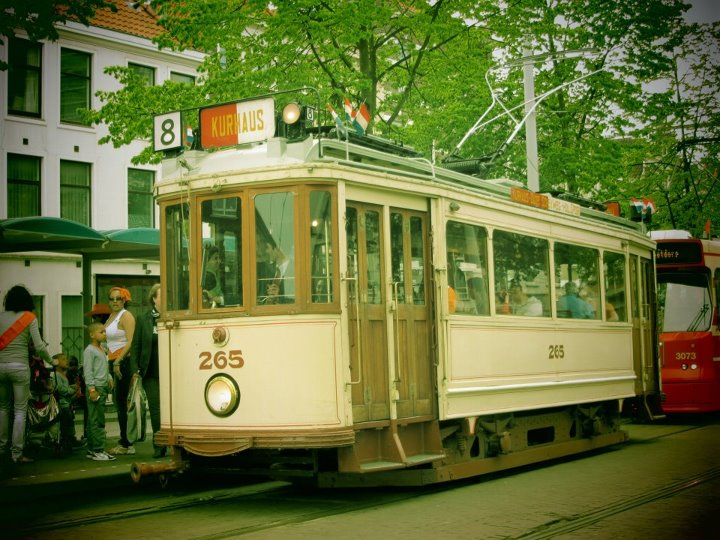 When we got off the orange boat, we came across a historic tram, operated specially for that day. We didn’t hop aboard since we wanted to stroll around the city to see whether some things were still going on.. but apparently, we were too late for any attraction, hahaha. There were only lots and lots of people enjoying the sunshiny day. And so ended the Queen’s Day.