It is my sixth day in Berlin in this visit. I feel like I’m actually living in Berlin — I get around the metropolis everyday, taking the U-Bahn and S-Bahn, changing trains in Friedrichstraße and Alexander Platz without looking at the map, meeting friends at Dussmann bookstore… and visiting less-touristic sides of the huge city. I’ll tell about it in short posts, as I noticed that most posts here are way too long with way too many pictures, hahaha.

The first day was a weird combination. In Hertie, we met Prof. Claus Offe, who gave a lecture on his thought about European Union. What he said seemed to be important but his intonation sounded like lullaby for me. Sorry, but I fell asleep at times while trying hard to keep listening to him.

Later in Freie Universitat, the eccentric Prof. Michael Olle greeted us, asking each student where we came from then went to comment at length on several, ie. when he heard two of us were from Bulgaria, he said that he was his colleague in MIT and they met again in a Bulgarian ski resort; when one said she’s from United Kingdom, he ranted about the dark past of German and how he’s thankful to the Allied; when another friend said she’s from India, he even imitated random Bollywood dance! We laughed a bit too much at his antics, I’m wondering whether he is that eccentric or he’s actually making fun of us. The introduction plus commentary took an hour, the lecture lasted less than that, I think. The self-confessed neopositivist and critical rationalist (he didn’t seem to bother explaining what exactly those label were) also talked about European Union. Nothing really interesting in his explanation, he mostly boasted about his position as the advisor of the not-so-functioning Union. 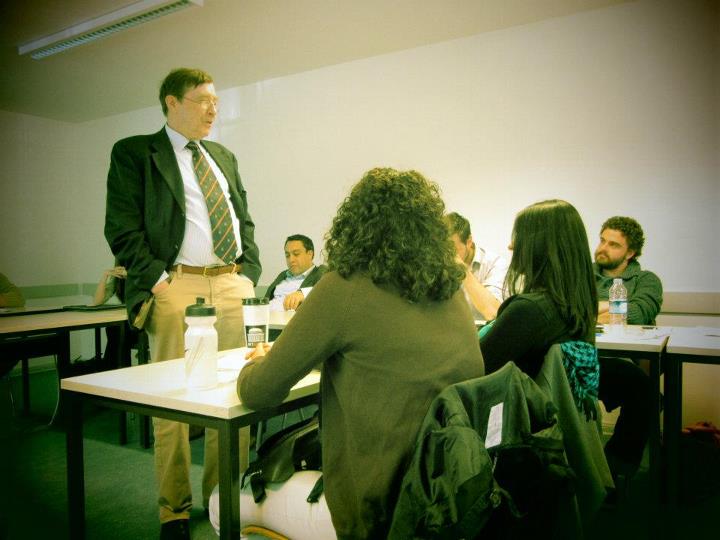 In between the laughters in the Freie Universitat

The next day was way better in WZB and KAS. Dr. Paul Stoop, Head of the Information and Communication Department of WZB, is not a researcher of the institute, but the trained historian acted as a very good public relations — explaining about the context of the research institute, recent controversial researches, limitations, and even answered some questions about the conflicts inside it. (The fact that he worked as a journalist in the daily Der Tagesspiegel may make me biased about him.) 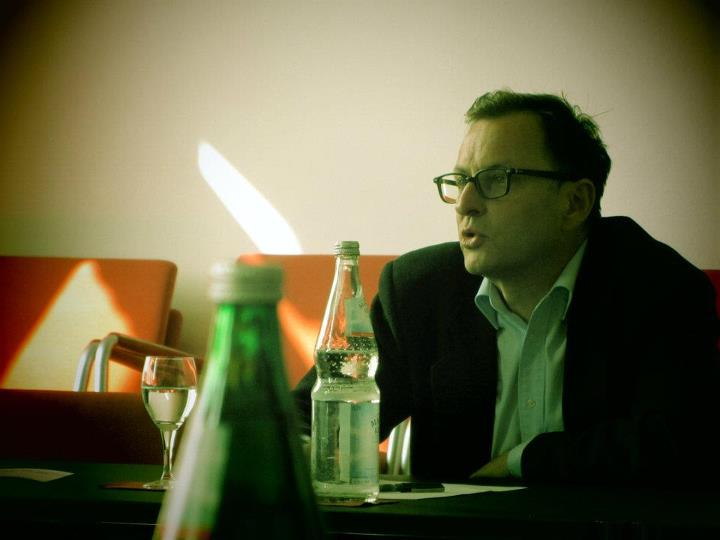 The fourth visit to KAS gave a good picture on how most political party has their own political research/think-tank foundation. Never know about that before. KAS is linked to Merkel’s Christian Democratic Union party. Similarly, Social Democratic Party of Germany (Sozialdemokratische Partei Deutschlands, SPD) founded the
Friedrich Ebert Stiftung, Free Democratic Party (Freie Demokratische Partei, FDP) has Friedrich Naumann Stiftung für die Freiheit, Bündnis 90/Die Grünen party has Heinrich Böll Stiftung, and Die Linke a.k.a. The Left has Rosa Luxemburg Stiftung. Interestingly, the foundations are partly financed by the state based on the linked parties’ vote — so since CDU won the last election, KAS currently gets the biggest chunk of fund. 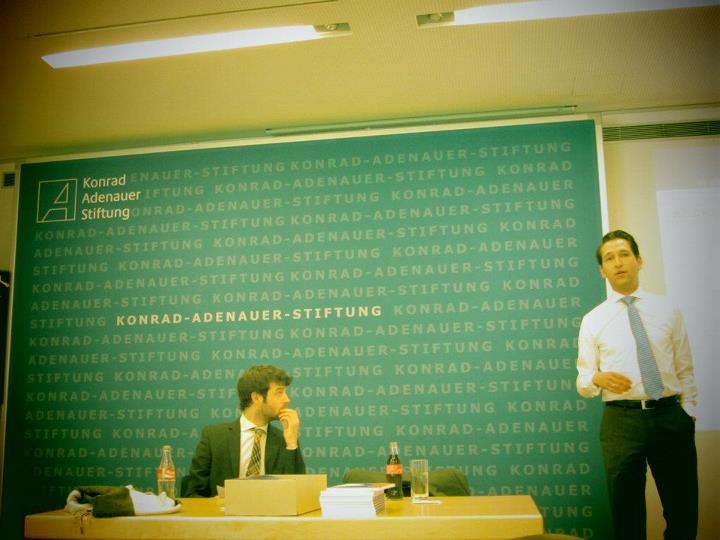 In the Konrad Adenauer Stiftung