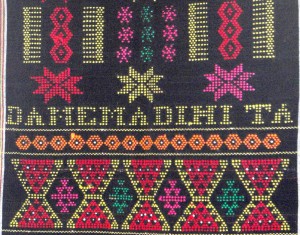 What does it mean?

I went to a relative’s house in Den Haag to borrow some traditional clothes to decorate my room (or, to be precise: to cover up the ripped parts of the wallpaper). She gave me several choices, from which I chose the most colourful woven cloth.

Both of us had no idea from which part of Indonesia it was — there are too many tribes in our country (more than 300 ethnic groups in approximately 17,000 islands), each with its own array of traditional textiles. The cloth’s obviously not from Java, though. However, we had a clue. In the middle of it was the writing “damema dihita”.

All we had to do was search in the mighty G (not God but Google, of course), and the result was: it’s an ulos sadum made by the Batak people, the tribe from North Sumatra. “Damema dihita” itself means peace be upon us. I had seen some ulos clothes before, but they were darker and not as colourful as the one I had in my room now.

It’s kinda weird when you’re starting to know more about your own culture when you’re in a foreign land. Hahaha.

Anyway, here’s how I put it above my desk: 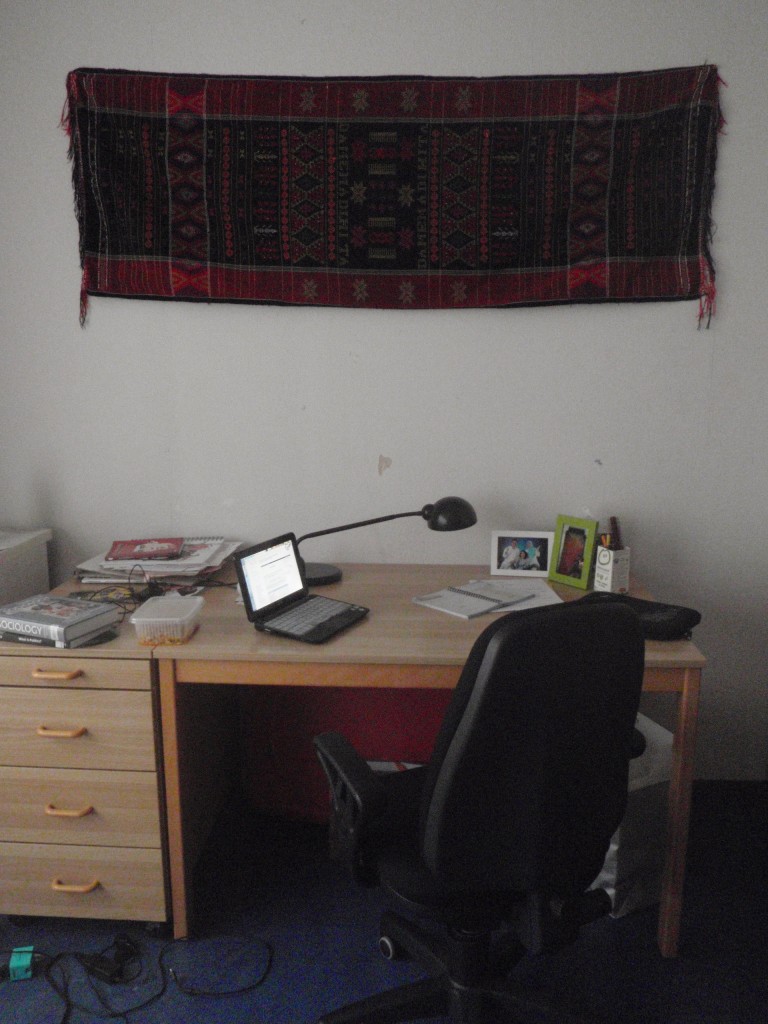 The mess that I call my desk.